A caution came out 15 minutes into the race, caused by Ricca who stopped on track at the start/finish line. Immediately after the restart, the spectacular battle for third place resumed once again.

Williams led the race from start to finish in an impressive display of on-track dominance for his second win of the year. Boehm and Barbato completed the podium. This was the second consecutive podium finish for Barbato. Boehm maintains his TC championship points lead having scored five wins in the first seven races.

Williams remarked that, “Overall it was one of the toughest races I had. We have been developing this car all season and we are still working the bugs out. I’m super thankful to everyone at LAP Motorsports, Joey’s Coffee Co, and Donate Life America. Starting from the front tomorrow. Looking forward to it!”

The win moved Williams from fourth to second place in TC championship points, leapfrogging both Mat Pombo (#37 LA Honda World Honda Civic Type-R) and Ricca.  The MINI team was racing in honor of legendary MINI racer Paddy Hopkirk who passed away at age 89 earlier this week. 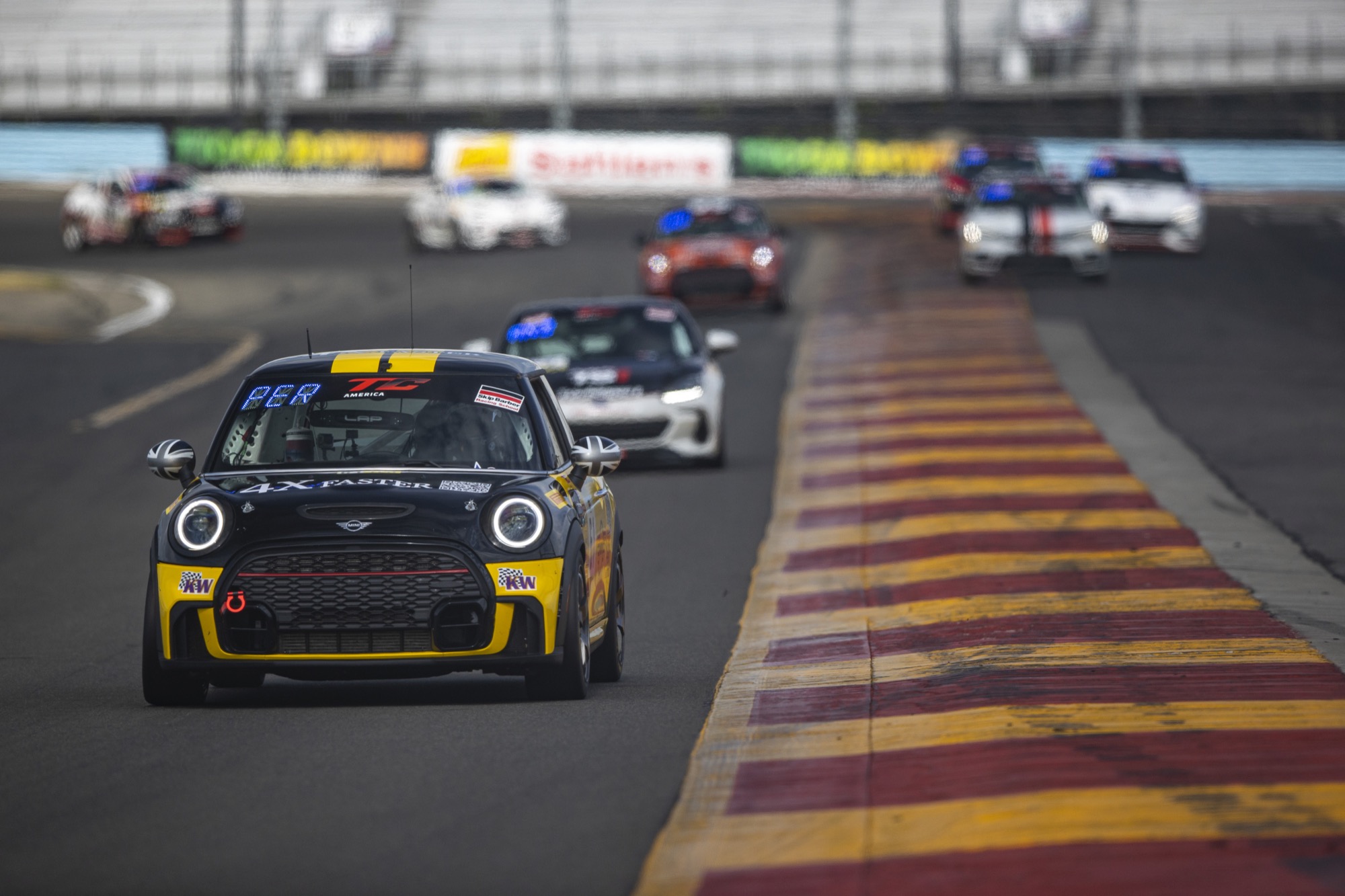 The TCA category offered some of the most electrifying moments of the race. Qualifying on pole, Gresham Wagner (#21 TechSport Racing Subaru BRZ) led for the first 30 minutes of the event but was under pressure from Spencer Bucknum (#5 LA Honda World Racing Honda Civic Si) and Cristian Perocarpi (#61 JCW Team MINI) up until the caution.

As soon as the race restarted, the Top five cars battled wheel-to-wheel across several laps. A display of Touring Car racing at its best saw Wagner, Bucknum, Perocarpi, PJ Groenke and Carter Fartuch separated by less than a second.

The race ended prematurely for Wagner and P.J. Groenke (#62 JCW Team MINI), as mechanical problems plagued both of them.

Perocarpi remarked, “It’s nice to get my first win, after having spent many summers at the Glen as a kid.  It was definitely a hard race – to quote my mechanic it was ‘redonkulous’.  I’d like to thank my team, MINI, my parents, and everyone in the paddock.  This win is for Paddy Hopkirk.  I can’t wait to get to Road America.”