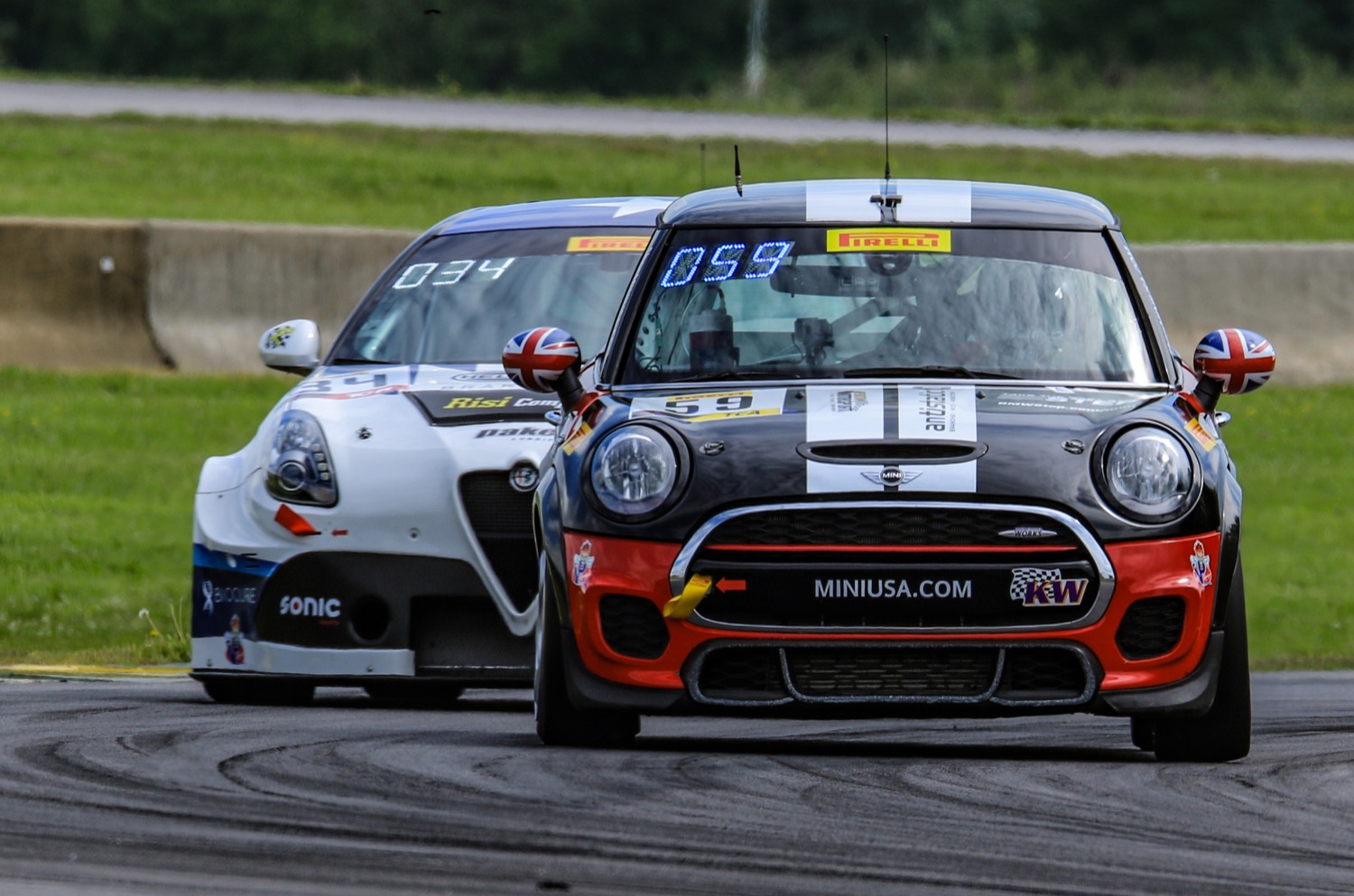 The MINI JCW Team saw success in their debit at the Circuit of the Americas, earning two second place finishes behind the runs of Mark Pombo in the #59 STEP MINI JCW. The team looked to ride that momentum into a track they’ve run well at before.

Pombo showed great speed again, taking the lead early in race one. He endured a fierce battle with #74 Mazda of Tyler Maxson and the series leading #91 Subaru Nick Wittmer.

They fought for the lead throughout most of the race, with Pombo regaining control of the lead with just 10 minutes to go. Pombo looked to be on his way to the teams first victory in TC America when a tire failure struck, taking him out of contention.

The bad luck followed Pombo into race two as well, where suffered another left-front tire failure with just 5 minutes to go while riding in second place. 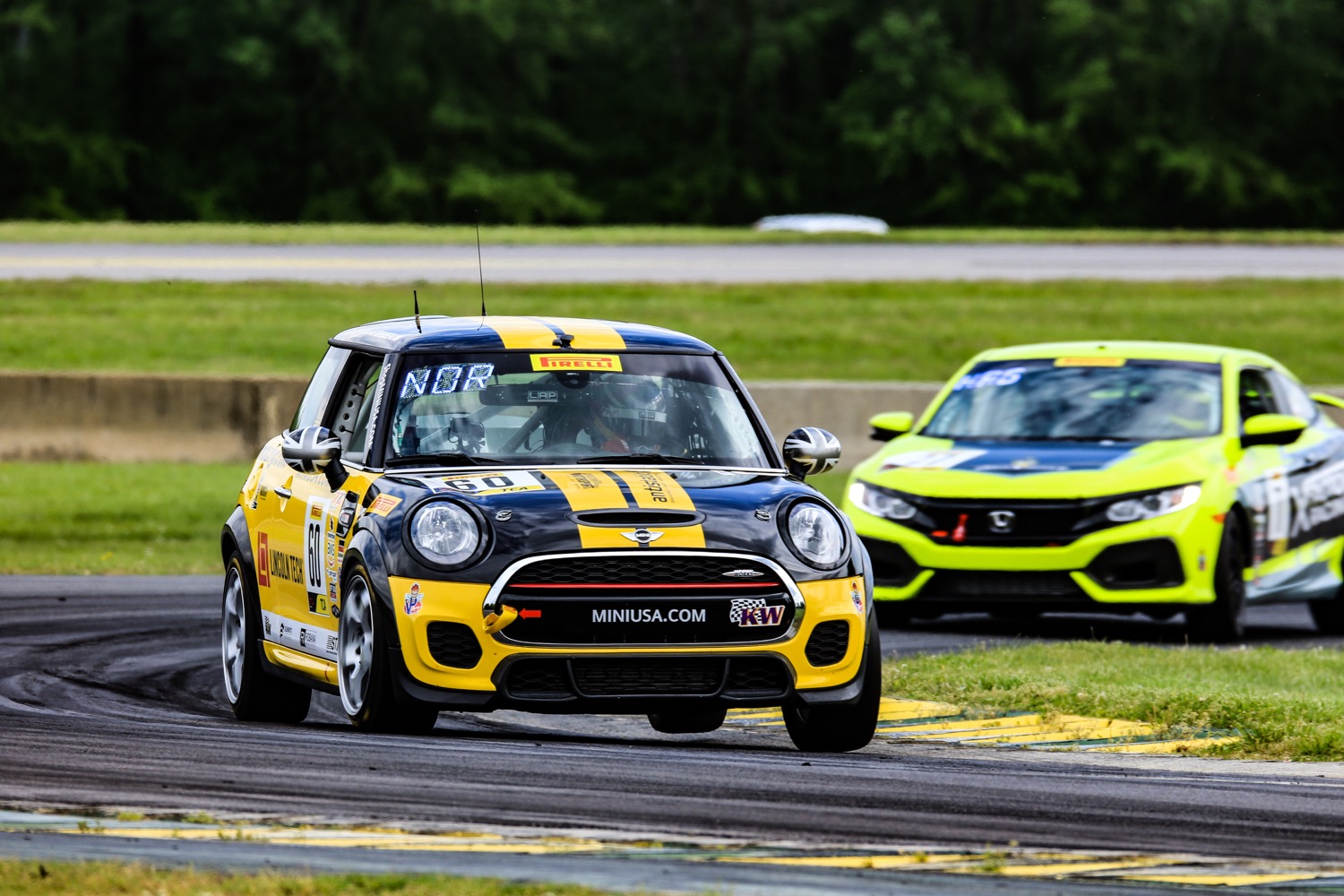 Nate Norenberg had a masterful start in race one while driving the #60 Lincoln Tech MINI JCW. He quickly moved from his starting position of eight up into fourth place. He held off a hard charging Civic for most of the race before coming across the line in third to earn his first podium in TC America.

Race two started out well for Norenberg as well. He jumped from fourth to second right at the start of the event. This gain in position saw MINI running 1-2 for a good portion of the race.

Norenberg found himself in a heated battle for the entire 40 minute race, ending with a 5th place finish.

Next Event
Next on the schedule is Sonoma Raceway on the weekend of June 7-9.