The MINI JCW Team went to Road America for the seventh round of the Continental Tire SportsCar Challenge Series. The two-hour Road America 120 was a thrilling race that saw an extremely hard fought battle in the ST class.

The team was due for a good result after the past two results at the track. In 2016 Mat Pombo was leading the race when he ran out of gas on the final lap. 2017 saw all three MINIs running well and in position to battle for the lead, but a red flag weather condition ended the race and their hopes of winning. 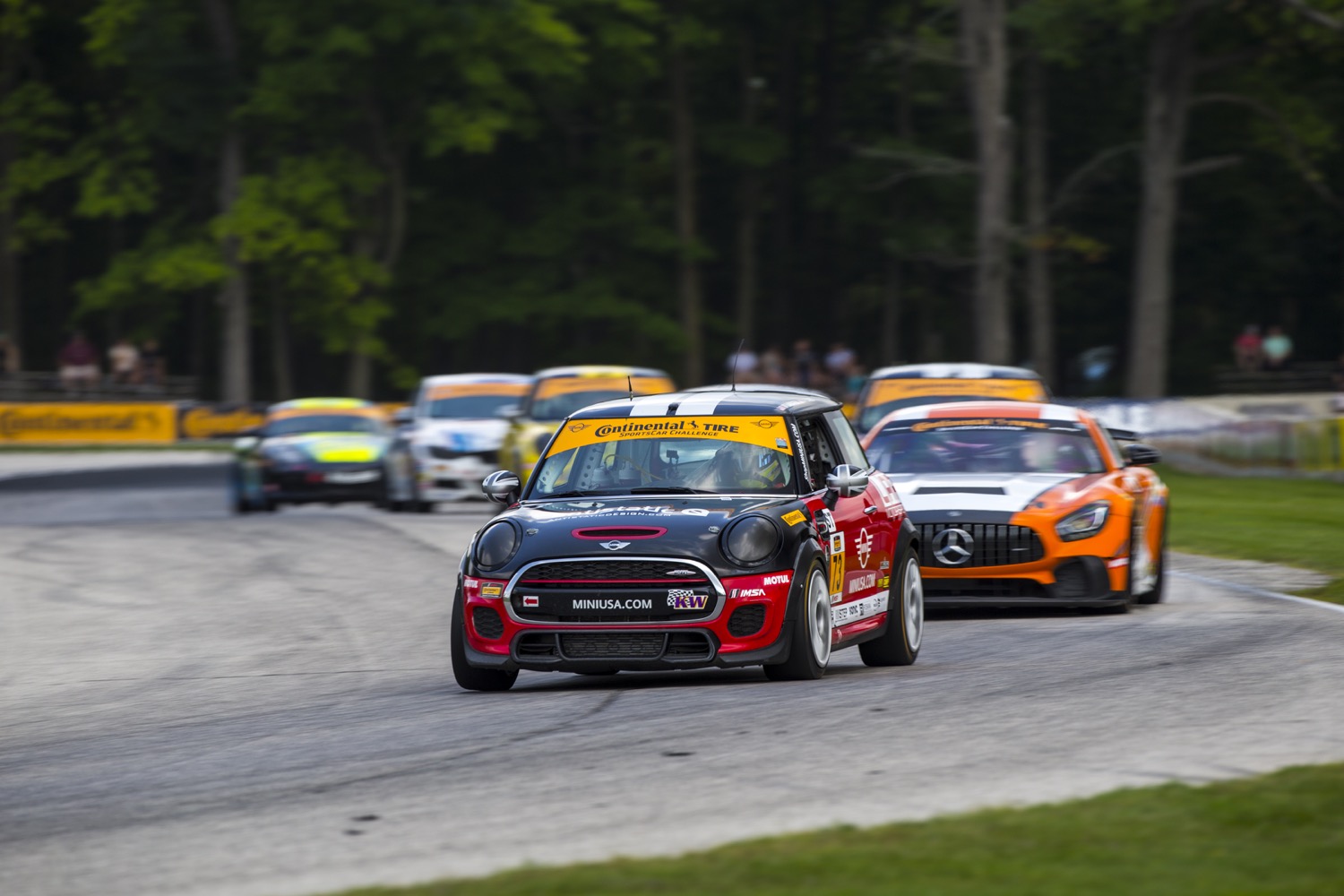 Starting the race this year was Mike LaMarra in the 73, Colin Mullan in the 52, and Nate Norenberg in the 37. Before they could even settle into a rhythm a large wreck involving GS and TCR cars occurred.

Once the event resumed they focused on running a clean race and keeping contact with the class leading BMW. They circled the four-mile course with lap times just over two-and-a-half minutes. After roughly forty minutes of drive time a scary accident occurred involving two GS cars, one of which burst into flames. Thankfully both driver's were able to exit their vehicles under their own power. 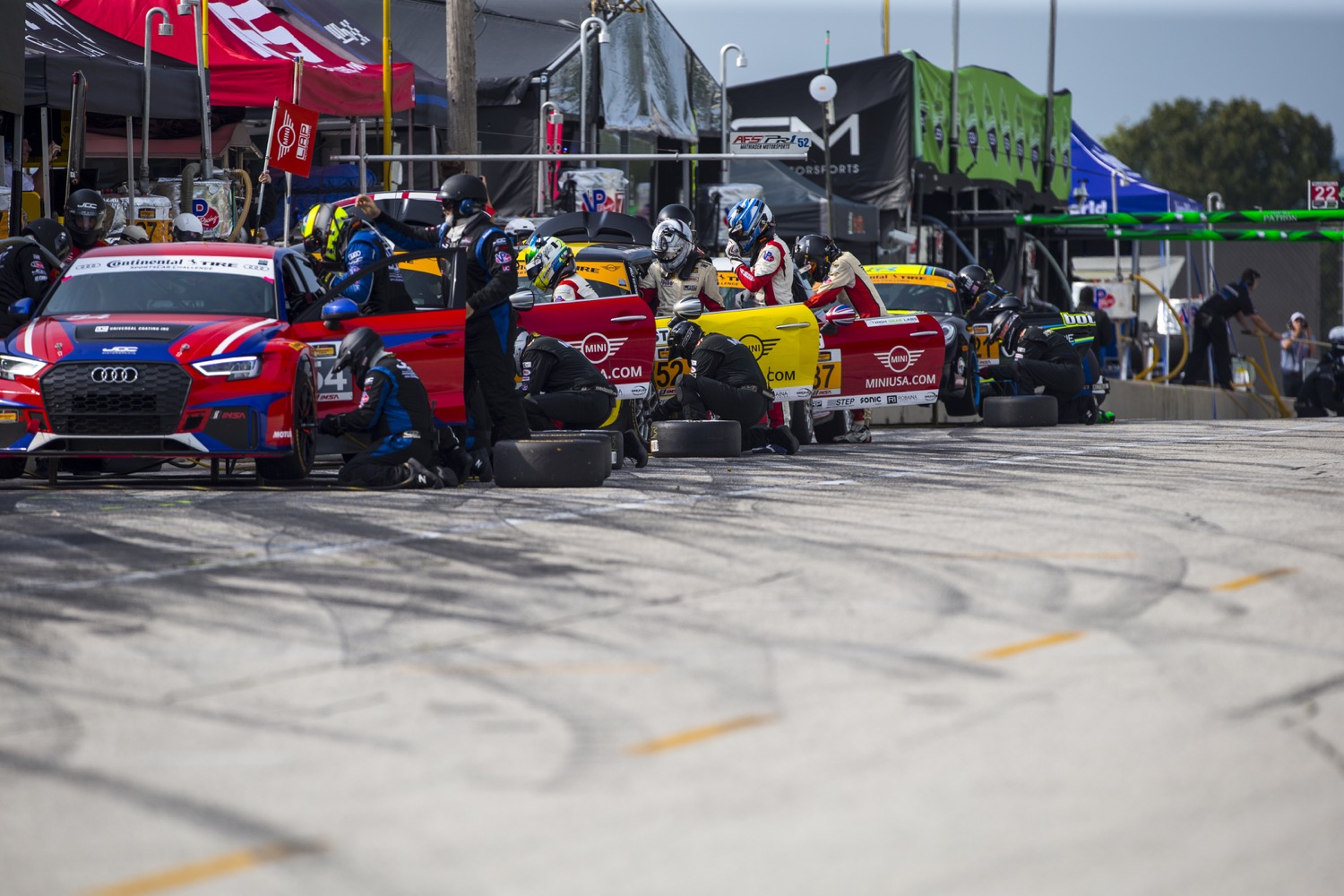 That incident led to a full course caution just as the pit window opened for the team. This created another "stacking the pits" situation. A difficult task in which the team pits all three cars with their two pit crews. The MINI JCW Team was up to the challenge once again, winning the race off pit road with the 73.

When the race went back to green Mat Pombo had a real fight on his hands. The 81 BMW and Mat  drove basically nose to tail for twenty minutes. Multiple times the 81 got side by side with Mat but he was able to hold him off and maintain the lead. Though Mat was driving a heck of a race, in the end he wasn't able to keep the 81 behind him and finished the race in second place.

During that battle Mark Pombo was driving the wheels off of the 52. Working hard to make it a three way fight for the lead. But unfortunately the 52 had sustained damage after contact with the 21 Porsche on the restart. The 52 eventually succumbed to the damage and ended Marks charge to the front. With the 52 out of the race the 37 with Derek Jones behind the wheel assumed third place. Jones put considerable distance between himself and the fourth place Porsche in route to a third place podium finish.

Next on the schedule for the MINI JCW Team is VIR, Virginia International Raceway.

“I’m looking forward to VIR.  The season is winding down and at this point, to compete for the championship, we’re going to need Mother Nature on our side since we’ve lost our speed in the dry.  Needless-to-say, I’m optimistic since She’s always a factor at VIR.  We’re all starting to rain dance!” - Luis Perocarpi