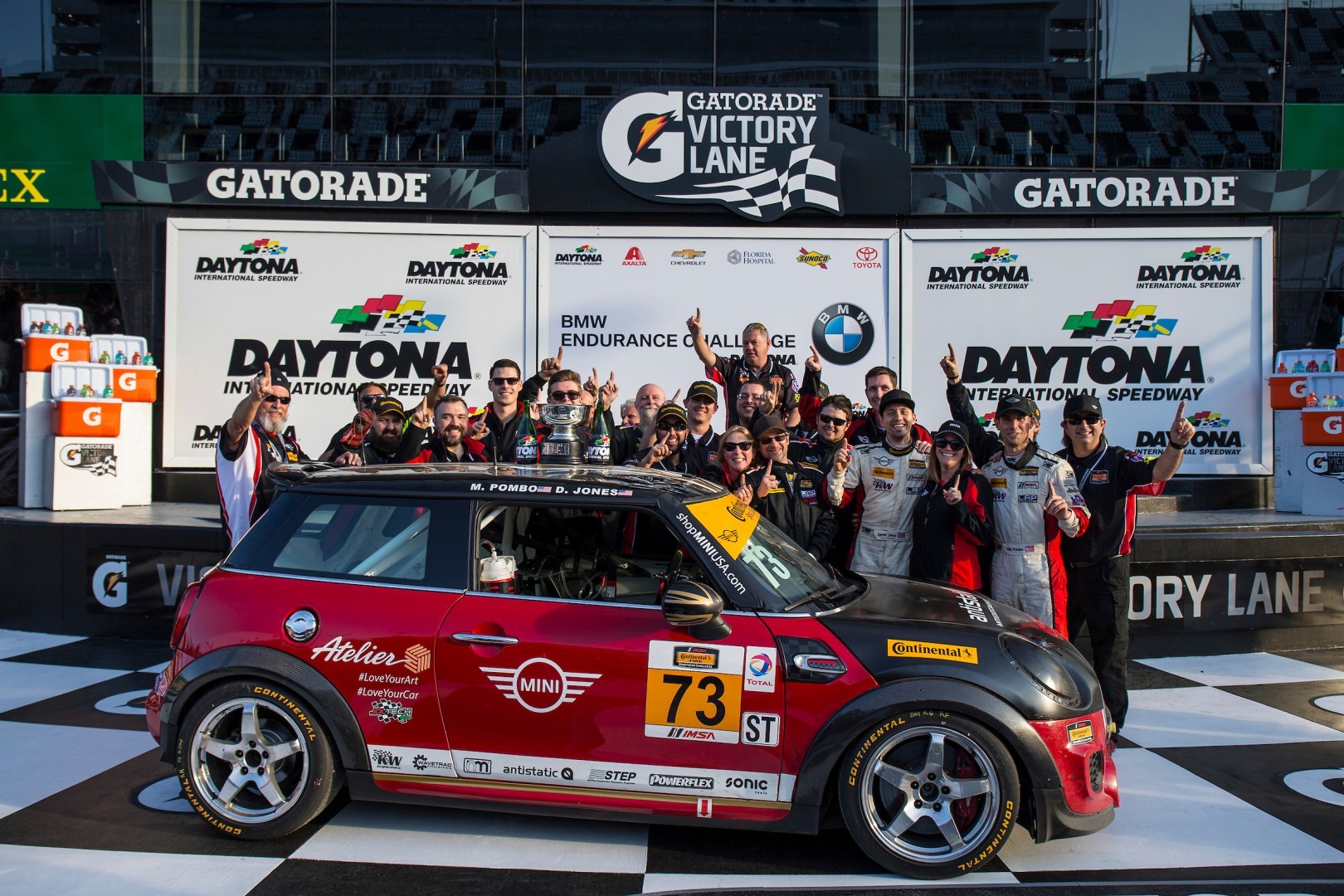 January 27, 2017 – The MINI JCW Team took the checkered flag earlier today at Daytona International Speedway, winning their first race ever in the Street Tuner class of the Continental Tire SportsCar Challenge series. With LAP Motorsports Team Owner Luis Perocarpi on top of the pit box, drivers Mat Pombo and Derek Jones held off heavy pressure from a number of competitors for more than four hours in order to bring the #73 MINI JCW to victory lane. The 2017 season is only the second full season for the team in the series.

“We knew going into the race today that we were going to be fast and that we’d have a good chance to win this race,” said Luis Perocarpi, team owner, LAP Motorsports. “I am so proud of everyone on this team for their hard work. A win at the high banks of Daytona to start the season is just amazing.”

Jones started the race in third position and right away faced heavy pressure from the competition to stay in the top three. While trying to stay conservative for the first half of the grueling four hour endurance race, Jones managed to push the #73 MINI JCW into the lead before swapping seats with Pombo.  Pombo aggressively kept the #73 MINI JCW near the front for the second half of the race to put the team in a good position to win.  Heading into the last hour of the race, the team had to make a few pits stops for fuel during caution laps but managed to stay in front of the pack before confidentially pulling away from the competition in the final laps to take the checkered flag. 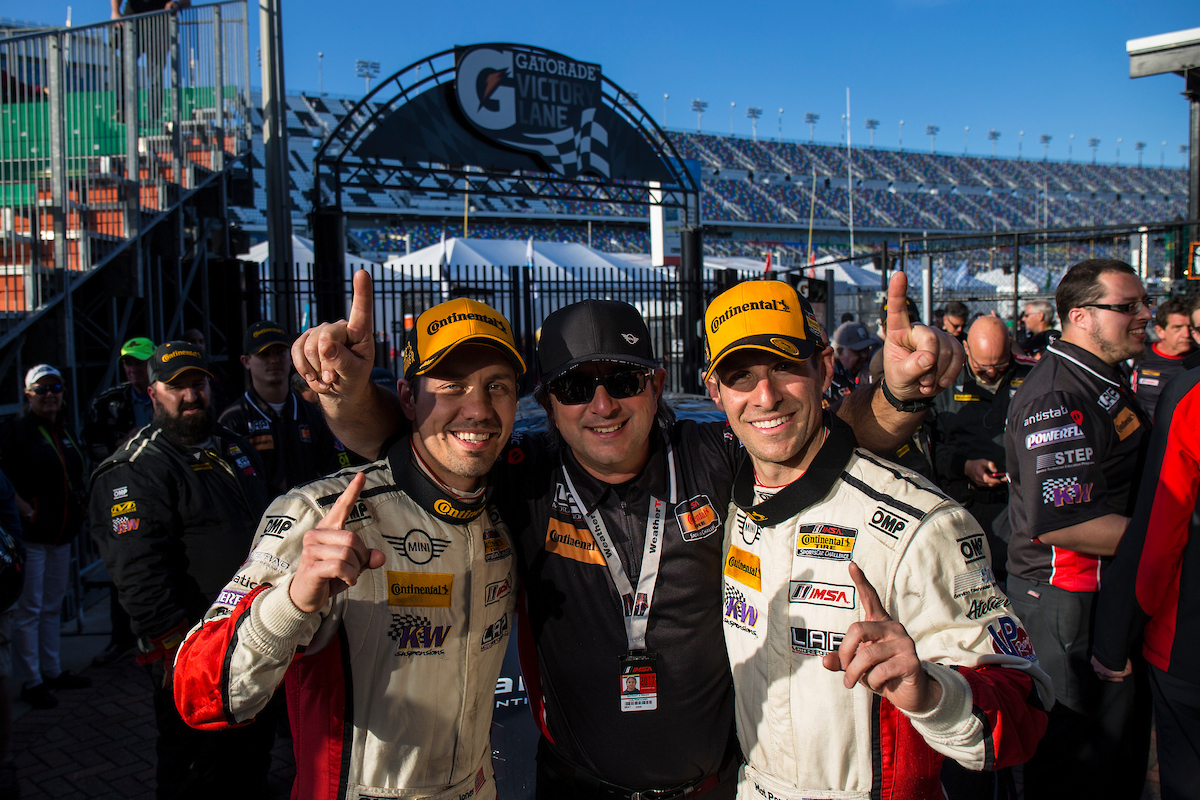 The #37 MINI JCW driven by James Vance and Mike LaMarra was running second behind the #73 MINI JCW as the time ticked away toward the end of the race. Unfortunately, in the final two laps they were forced into the wall by a competitor bringing out the final caution of the day.  They finished 12th in the Street Tuner class. 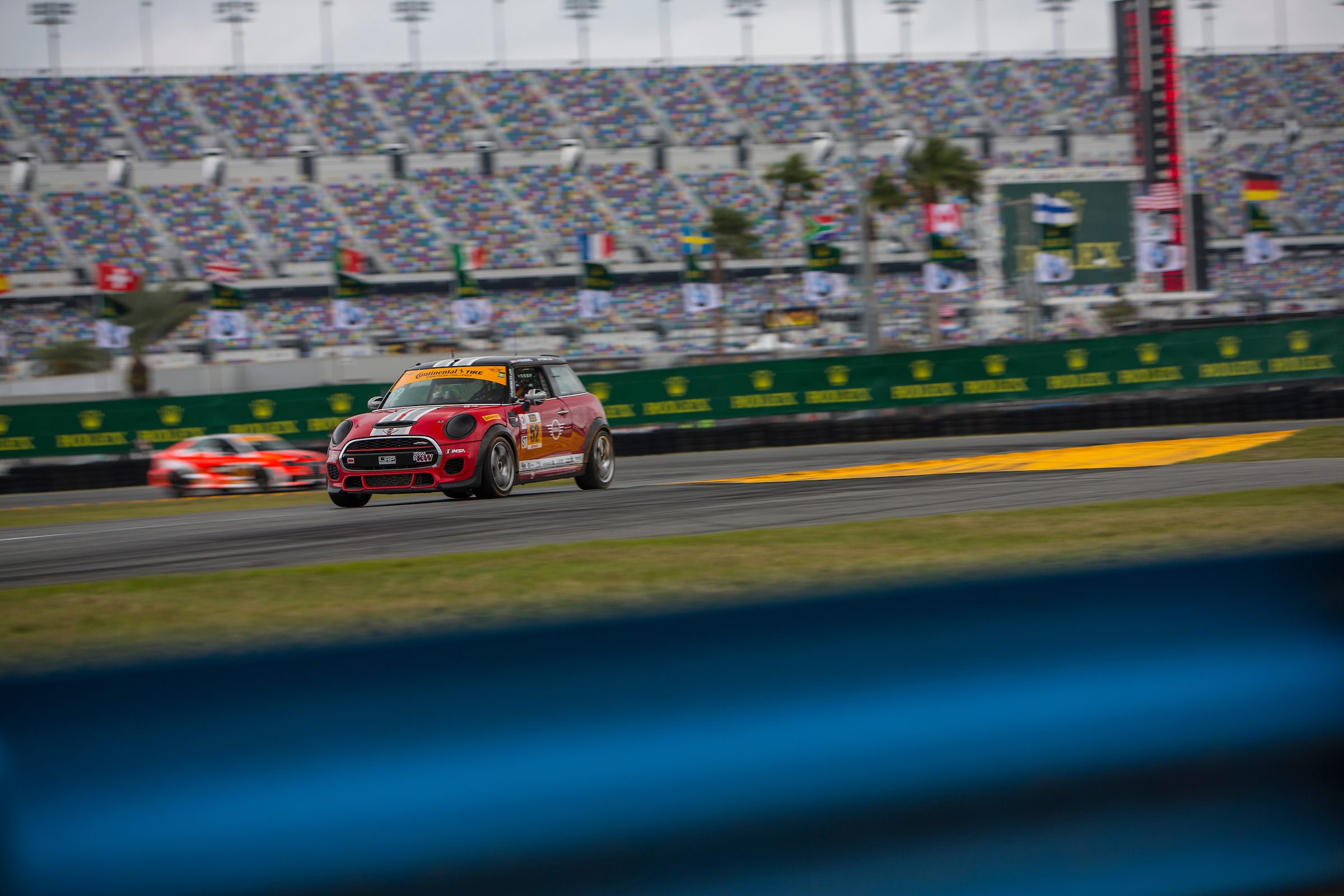 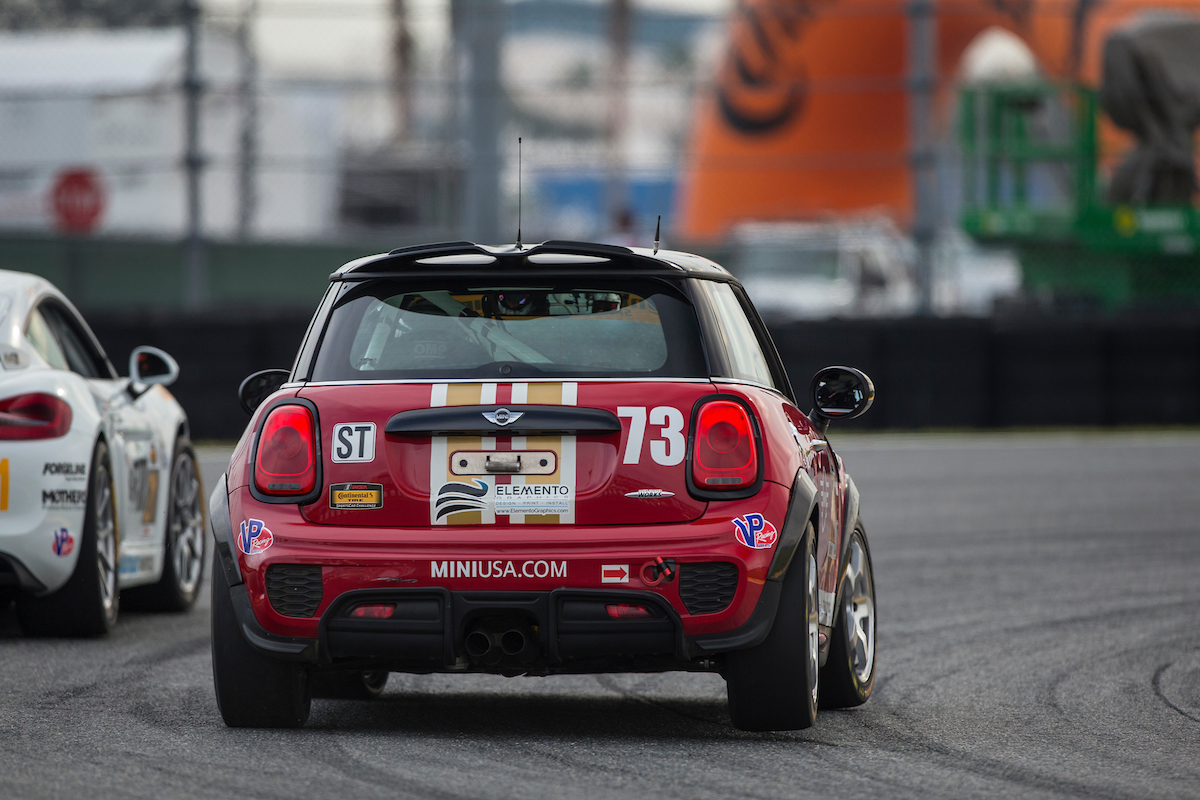 The #52 MINI JCW driven by younger Pombo sibling and Army veteran Mark Pombo and Nate Norenberg rubbed fenders with another vehicle early on in the race. The #52 MINI JCW was quickly put back together by the pit crew, which included six technicians from MINI dealerships in Florida.  The technicians, three from Orlando MINI and three from Tom Bush MINI of Jacksonville, replaced the right front wheel hub bearings and axle shaft that was damaged from race contact and got the #52 MINI JCW back out on the track to finish 17th in the Street Tuner class. Technicians from MINI dealerships all over the country help support the team through the season as part of the MINI Service Technicians Education Training Program.

The next race for the MINI JCW Racing Team in the Continental Tires SportsCar Challenage Series will be at Sebring International Raceway in Sebring, Florida, on March 17. For updates and future meet and greet times and locations visit MINIJCWTeam.com.

About MINI in the US

MINI is an independent brand of the BMW Group. In the United States, MINI USA operates as a business unit of BMW of North America, LLC, located in Woodcliff Lake, New Jersey and includes the marketing and sales organizations for the MINI brand. The MINI USA sales organization is represented in the U.S. through a network of 126 MINI passenger car dealers in 39 states. MINI USA began selling vehicles in the U.S. in 2002 with the introduction of the MINI Cooper and MINI Cooper S Hardtops. Since then, the MINI Brand in the U.S. has grown to encompass a model range of four unique vehicles.