The magnificent Mid-Ohio Sports Car Course played host to the third round of the Continental Tire SportsCar Challenge (CTSC). The series last visited the track in 2013, creating a unique opportunity at a level playing field for the Mid-Ohio 120. The two hour event offered some thrilling racing which, once again, saw the MINI JCW Team take on the likes of Porsche and BMW. 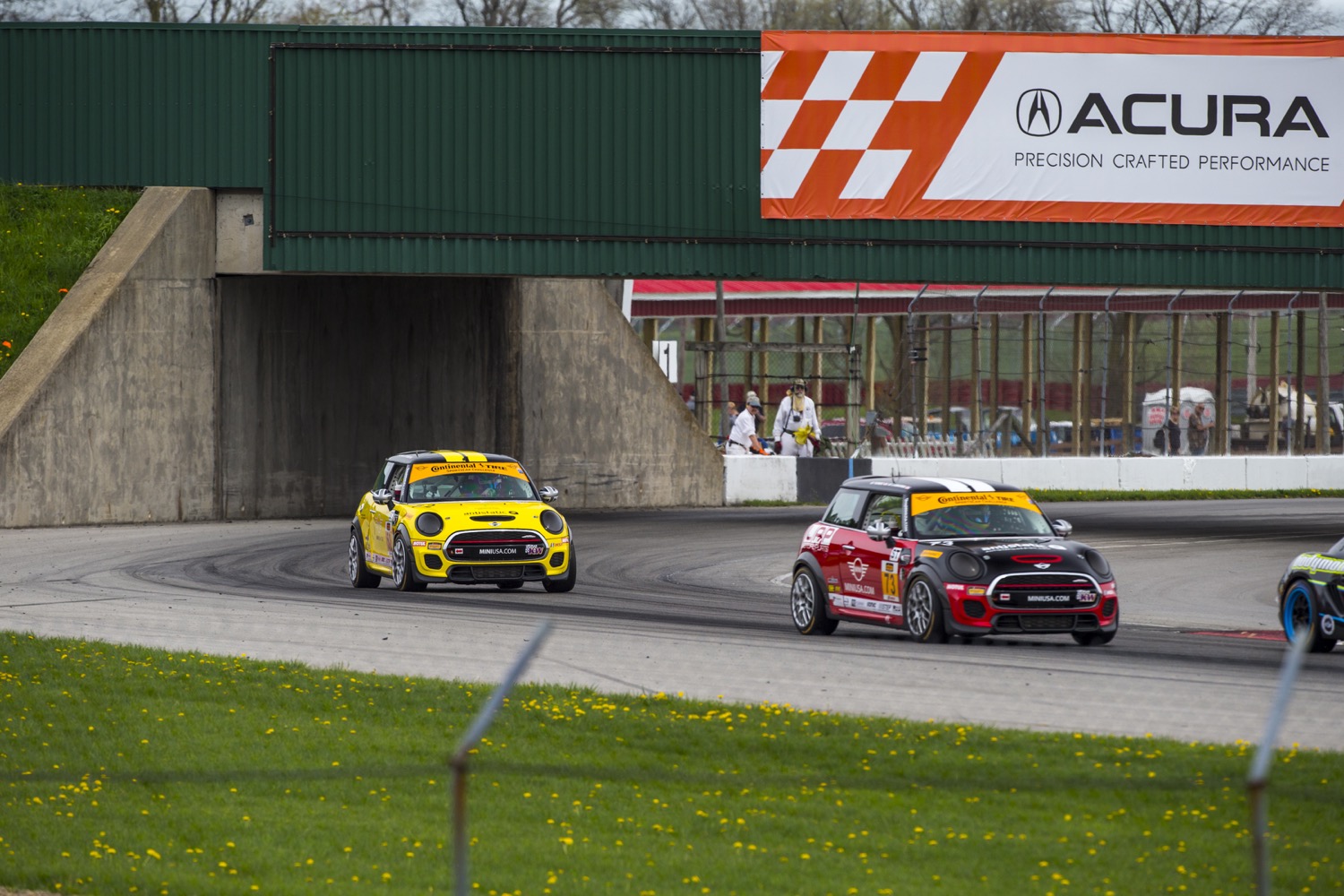 Nate Norenberg continued his excellent qualifying form, putting the 37 on the front row for the third straight event. Most of the ST class was within a second of each other during qualifying, proving that it would be a challenging race. Norenberg showed that his qualifying run was no fluke. After initially falling to the back of the field, he had a strong run. Eventually racing his way back to the front, before handing the car over to Derek Jones.

Colin Mullan made his debut with the team, driving the opening stint in the 52 car. Mullan, who has previous experience at Mid-Ohio, had a strong debut. He kept the car clean and in close contact with the leaders throughout his stint.

A crew of five MINI technicians, one from Tom Bush MINI, and four from Cincinnati MINI performed pit road duties. They put together three solid stops, quickly getting the cars back in action midway through the event. 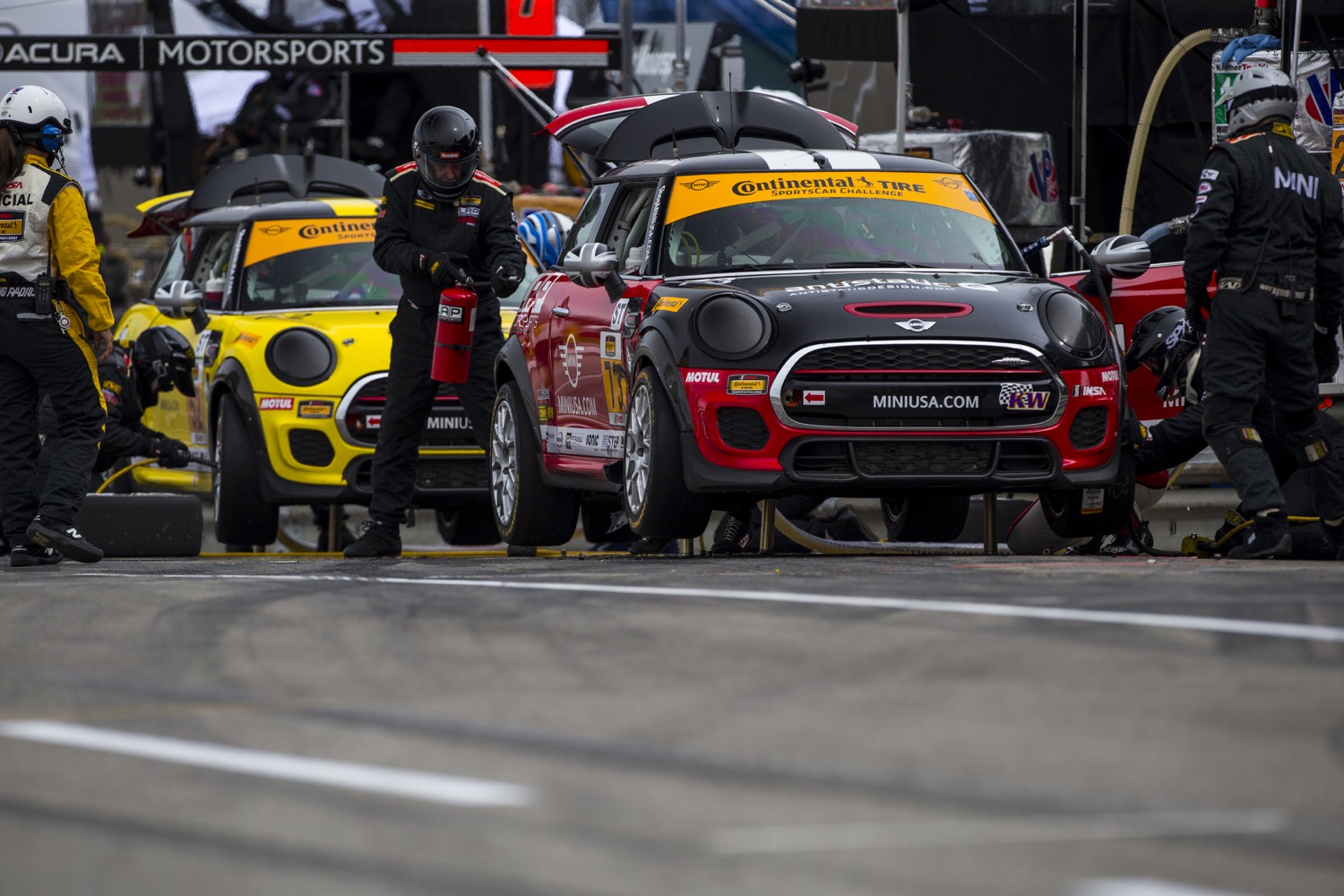 After pit stops, the Pombo brothers entered the race as well, with Mat entering the 73 while Mark got behind the wheel of the 52. With 45 minutes to go in the race all three MINIs were in the top three and on course to pull off an impressive podium sweep.

But it wasn't meant to be for the 37. During their pit stop, team technicians noticed CV joint grease all over the inside of the left front wheel well. There wasn't much that could be done and the car was sent back out. Unfortunately, the joint wouldn't survive the punishment of the track and failed with a half an hour remaining in the race.

Despite the issue with the 37, the other two MINIs looked to be in perfect form. Mat and Mark were holding down first and second much as they did at Sebring. The only difference being that the positions were swapped.  With neither the Porsche nor BMW drivers able to close in the race was left to the Pombos to decide. As the race wound down Mark closed in on Mat, reaching his rear bumper. But Mark was unable to pass and Mat crossed the finish line in first. 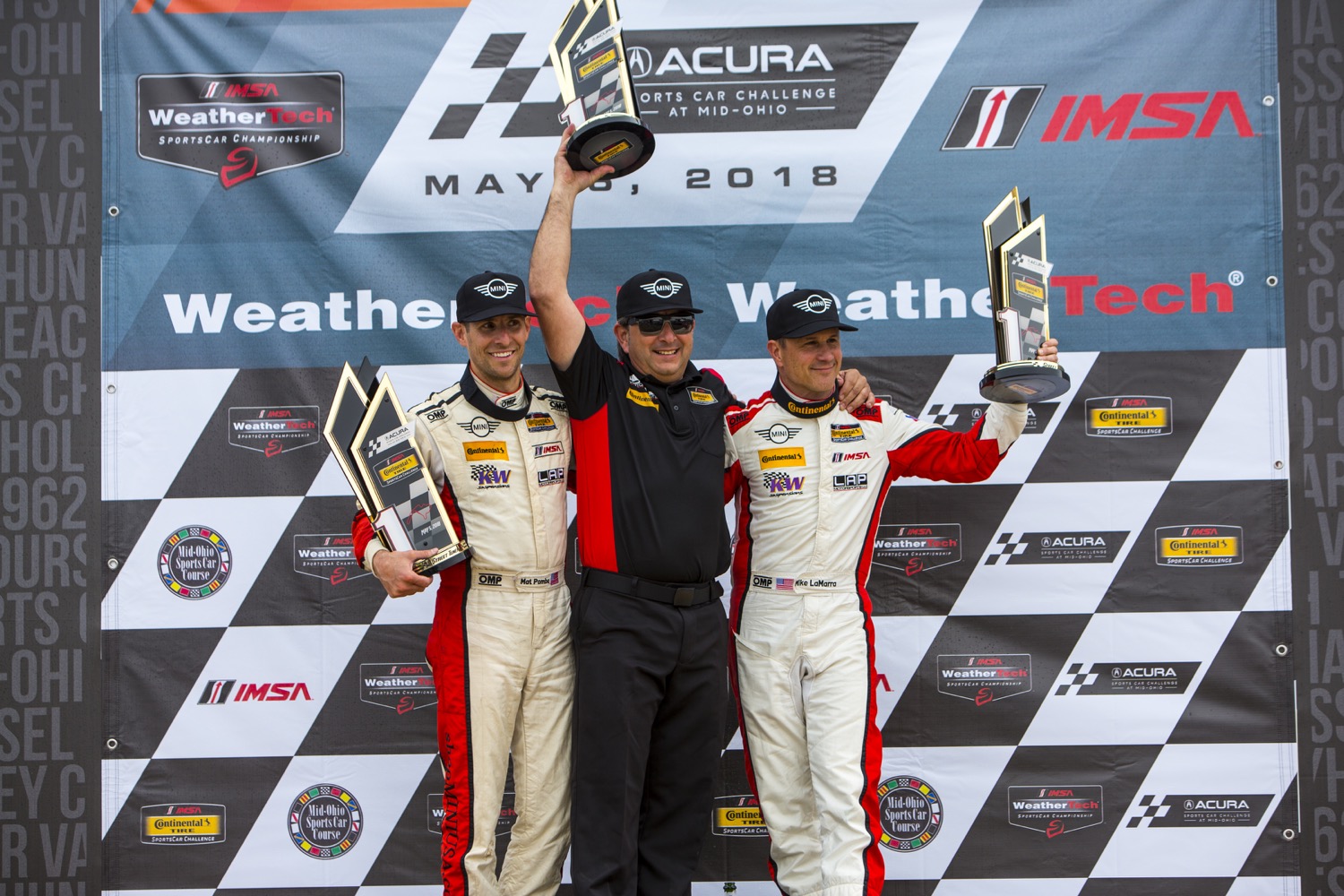 The win moves MINI into first place in the championship standings, and proves that they are a contender to win it all this year.