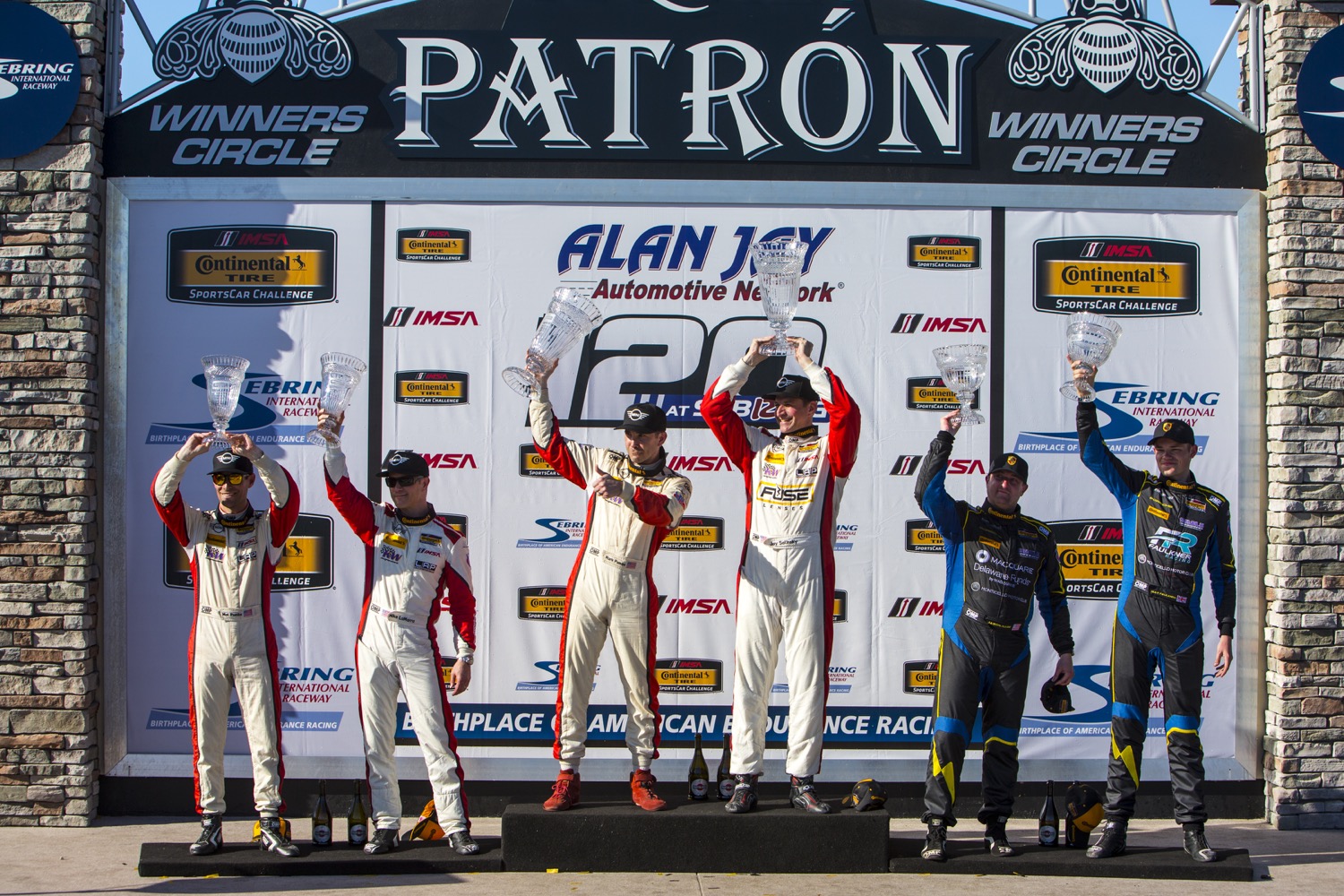 Sebring International Raceway was the site for round two of the Continental Tire SportsCar Challenge (CTSC). The two-hour Alan Jay Automotive Network 120 was filled with excitement and quality racing from the MINI JCW Team.

After showing good speed in practice, Nate Norenberg followed it up with an amazing qualifying run. Norenberg earned his first career pole in the 37, as the MINI JCW Team locked up the front row with Mike LaMarra qualifying the 73 in second. Jared Salinsky qualified the 52 in fourth. 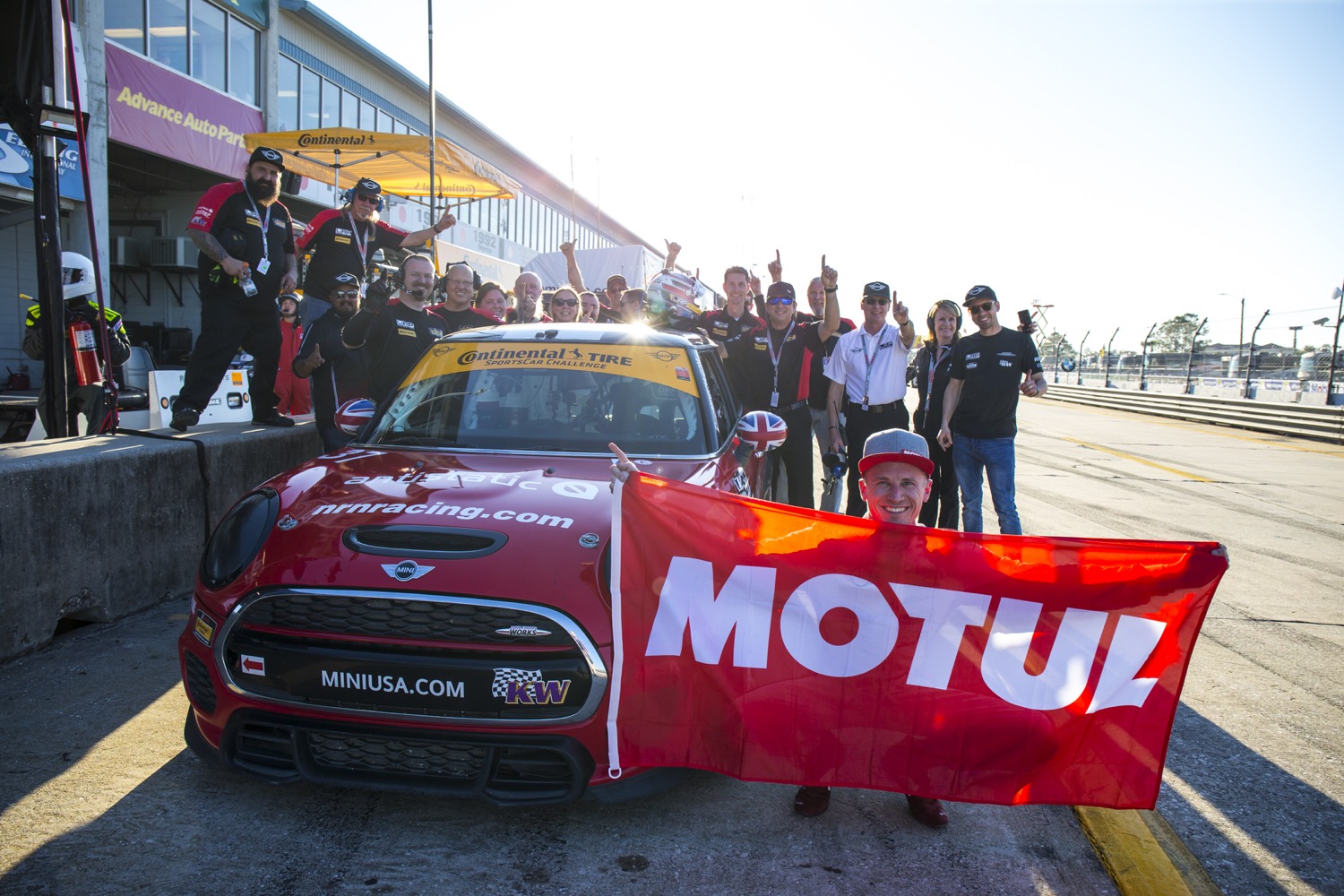 The MINI JCW Team took advantage of the break since Daytona to get the cars well prepared for Sebring. This allowed them to focus on speed in the practice sessions.

"The MINIs were flawless and didn’t give us any issues. We were able to use the track time to make the cars fast." - Luis Perocarpi

All three MINIs had great speed during the race, with each one leading the race at some point. When it came time to pit, the crew performed flawlessly. Getting the 52 into the lead with Mark Pombo at the wheel, and beating the 81 BMW out of the pits to give Mat Pombo second place. The Pombo brothers were in excellent postion to close out the second half of the race.

As the race resumed, Mark and Mat took off putting considerable distance between themselves and the remainder of the ST field. They spent the entire rest of the race closely together, with Mat every so often taking a peek around Mark, looking for an opportunity to grab the lead from his younger brother. 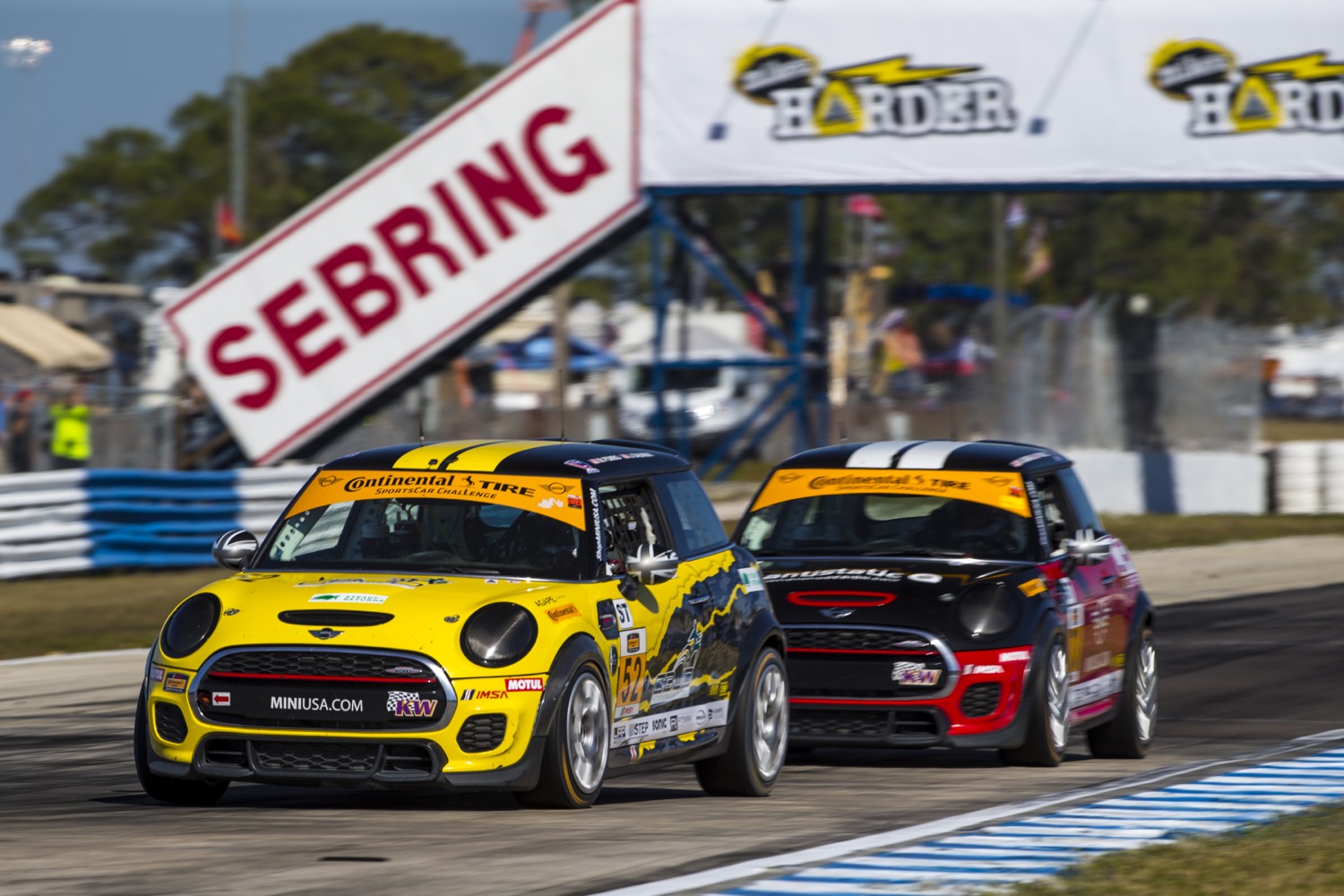 While Mat and Mark battled it out Derek Jones was having his own battle with the 21 Porsche for third. Jones did an excellent job with the wounded 37, despite losing power steering and having reduced braking capablitues due to earlier contact in the race. He swapped positions back and forth with the Porsche until the end very end, eventually crossing the line in fourth.

With Jones keeping the Porsche busy that left the battle for the win to be decided by the two MINIs. Mark held strong, and the brothers crossed the line in first and second, scoring the team their first victory at Sebring.

“I am so proud of all three of our cars today and the entire MINI JCW team, including our MINI technicians in pit lane. Sebring is one of the toughest tracks we will battle this year and the team and our equipment proved we are ready to bring home a championship this season.” - Luis Perocarpi

Historic Win with a Historic Number

Sebring Marked the third anniversary for the MINI JCW Team in CTSC. What better way to celebrate than with the 52 in victory lane. The number 52 has a rich history with MINI, dating back to their win in the 1965 Monte Carlo Rally with Timo Makinen and Paul Easter. Now Mark Pombo and Jared Salinsky get to add their names to the record books for MINI, and enrich the history of the number.

53 years later and MINI is still showing that it can slay giants.