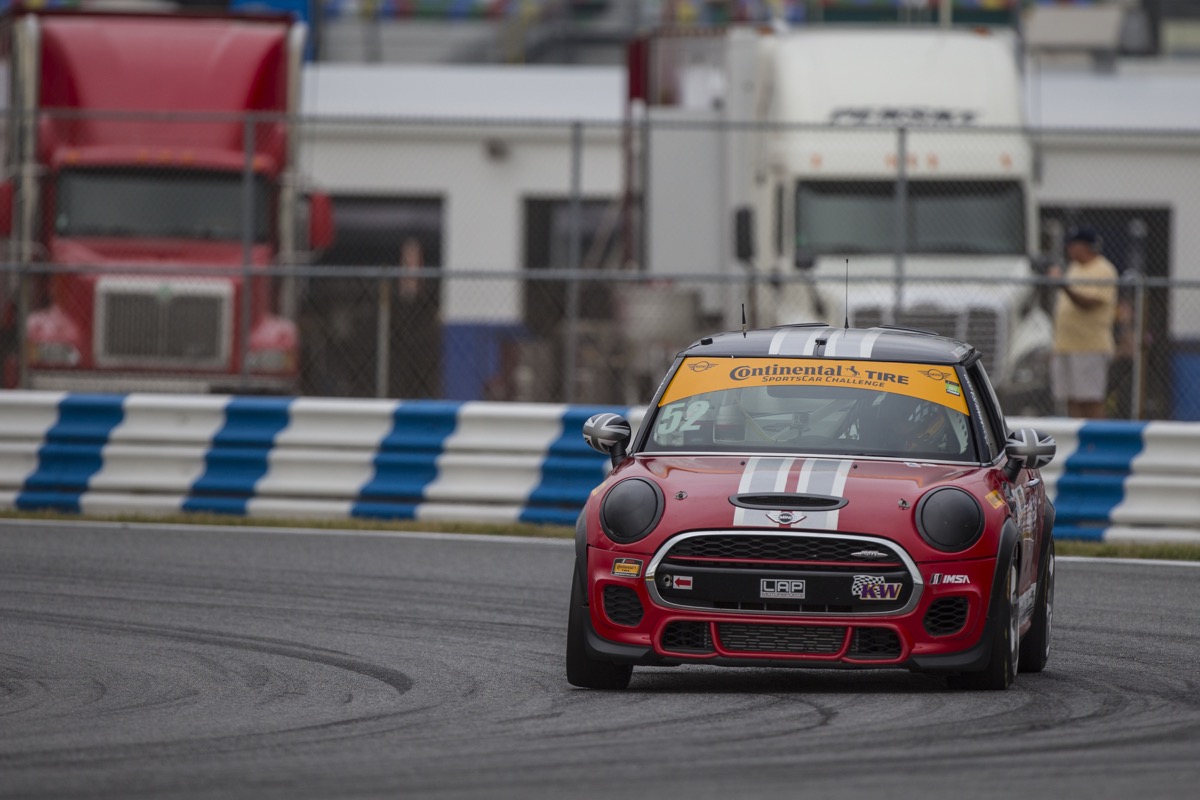 2017 was a breakout season for the MINI JCW Team in the Continental Tire SportsCar Challenge. Earning two victories and even more podiums, the team showed their strength. Team owner Luis Perocarpi indicated as much, saying that the team proved they’re a force to be reckoned with and he expects that to continue this season.

MINI JCW Team celebrates historic Daytona win in victory lane.
The four-hour BMW Endurance Challenge at Daytona is just weeks away and the team will be looking to repeat their historic victory.

But before the team takes on that challenge, they will take part in the Roar Before the 24, IMSA’s three day test session that will be the final rehearsal before the season begins.

The team spent the offseason rebuilding their cars and will put them through a shake down at the event. Over the three days, six different drivers will take to the track including Derek Jones and Mat Pombo, the drivers that drove the 73 into victory lane at Daytona.

Joining them at the event will be other MINI JCW Team regulars Mark Pombo, Mike LaMarra, Nate Norenberg, and Jared Salinsky.

The Roar will allow the team to fine tune the cars for the upcoming race and finalize their driver lineup for Daytona and beyond.

Fans can follow Roar action by tuning into IMSA radio. Timing and scoring will be available at scoring.imsa.com.