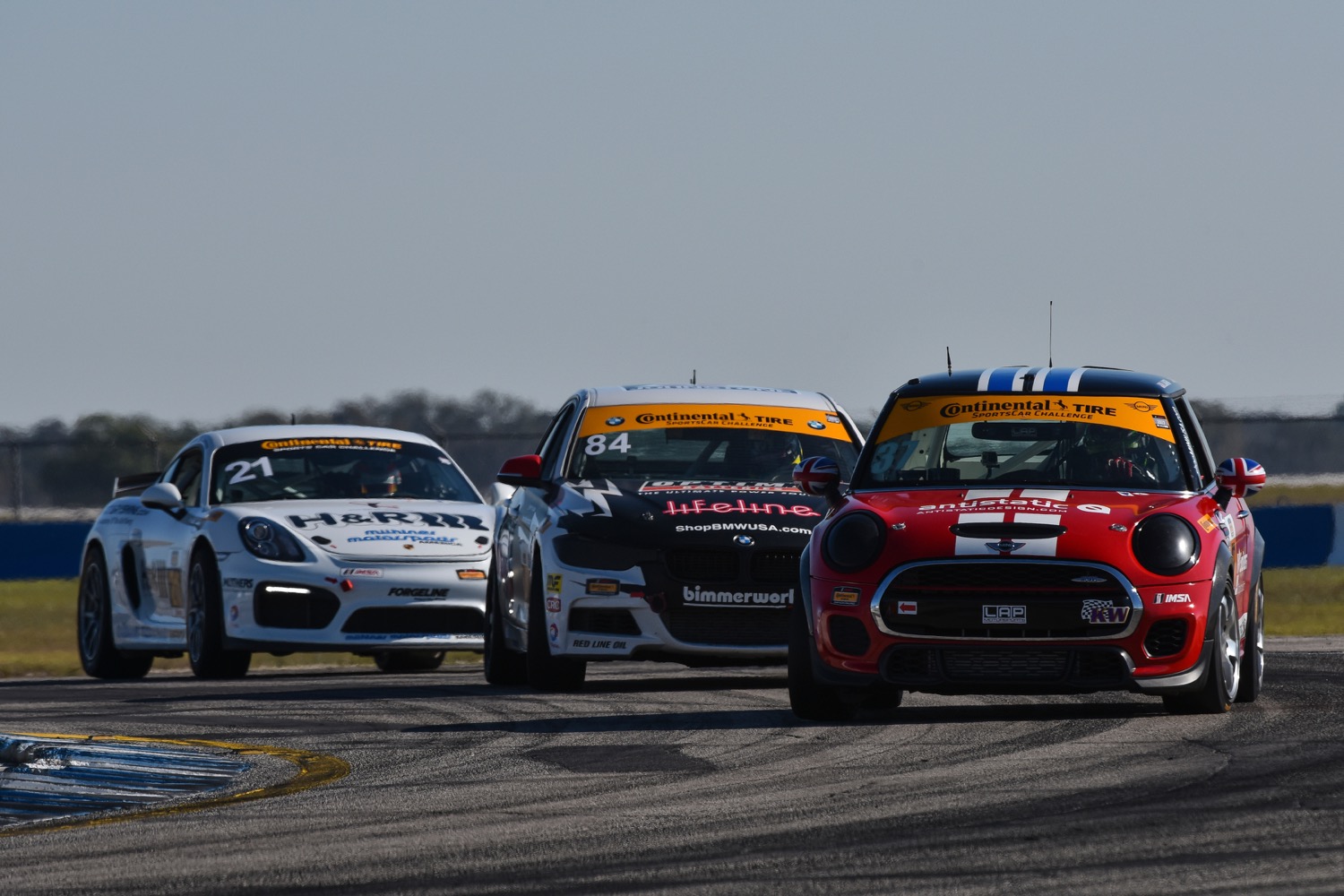 Round two of the Continental Tire SportsCar Challenge will once again take place at Sebring International Raceway, the track where the MINI JCW Team made their IMSA debut back in 2015.

Sebring, which was built upon an old WWII air base, still uses some of the same concrete runways that were built for the military installation. It's a favorite amongst competitors, including MINI JCW Team owner Luis Perocarpi.

"Sebring is one of my personal favorite race tracks we compete at in IMSA but with it’s old concrete surface, it creates the most demanding conditions for the cars" - Luis Perocarpi (Team Owner)

After struggling in their first two seasons at the track the team has definitely figured things out. Last season the team brought home a 4th place finish, something they will look to build upon this year.

The driver lineup will remain mostly the same with Derek Jones and Nate Norenberg in the 37, Mat Pombo and Mike LaMarra in the 73, and Mark Pombo with Jared Salinsky in the 52.

Competition will again be tough with BMW and Porsche as competitors. But with three previous events under their belt look for the MINI JCW Team to be a real contender for the win.

The Alan Jay Automotive Network 120 will take place at 2:45 PM on March 16th. You can watch the race live on IMSA.tv, the IMSA Roku app, or on the IMSA mobile app. Qualifying will be on IMSA radio and you can keep track of timing and scoring for all events at scoring.imsa.com