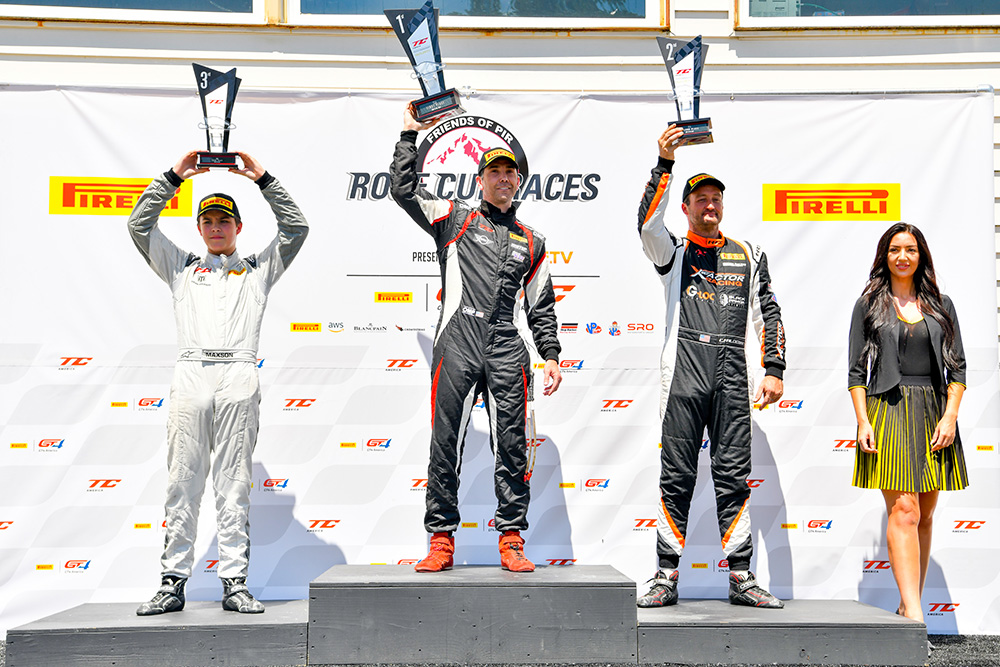 The MINI JCW Team traveled out west to the City of Roses for rounds seven and eight of the SRO TC America series. It was the team's first trip to the 12-turn 1.9 mile Portland International Raceway.

Nate Norenberg, driving the #60 MINI JCW had his best run of the season in race one. He ran in the top five the entire event, working his way up position by position on his way to a second place finish.

Mark Pombo in the #59 STEP MINI JCW made his breakthrough in race two. He had an up and down event, moving to second in the early part of the race before a big off sent him back to sixth.

After a lengthy red flag to repair a tire wall that was damaged in an accident Pombo restarted the race in 5th. With roughly five minutes to go in the race he quickly moved to fourth.

Pombo worked his way around points leader Nick Wittmer to take third before setting his sights on the top two.

On the final lap Maxson in the #74 Mazda was in second and made contact with race leader Halderman in the #69 Honda. Maxson got loose and Pombo stayed in the gas to take advantage. After passing Maxson he got side by side with Halderman heading into turn 10 where he was able to overtake him. Pombo sped through the final two turns and earned the MINI JCW Team it's first victory in TC America.

Next on the schedule is Watkins Glen International on the Weekend of August 30 – September 1. The MINI JCW Team has had great success at Watkins Glen in the past and will look to make it two wins in a row.