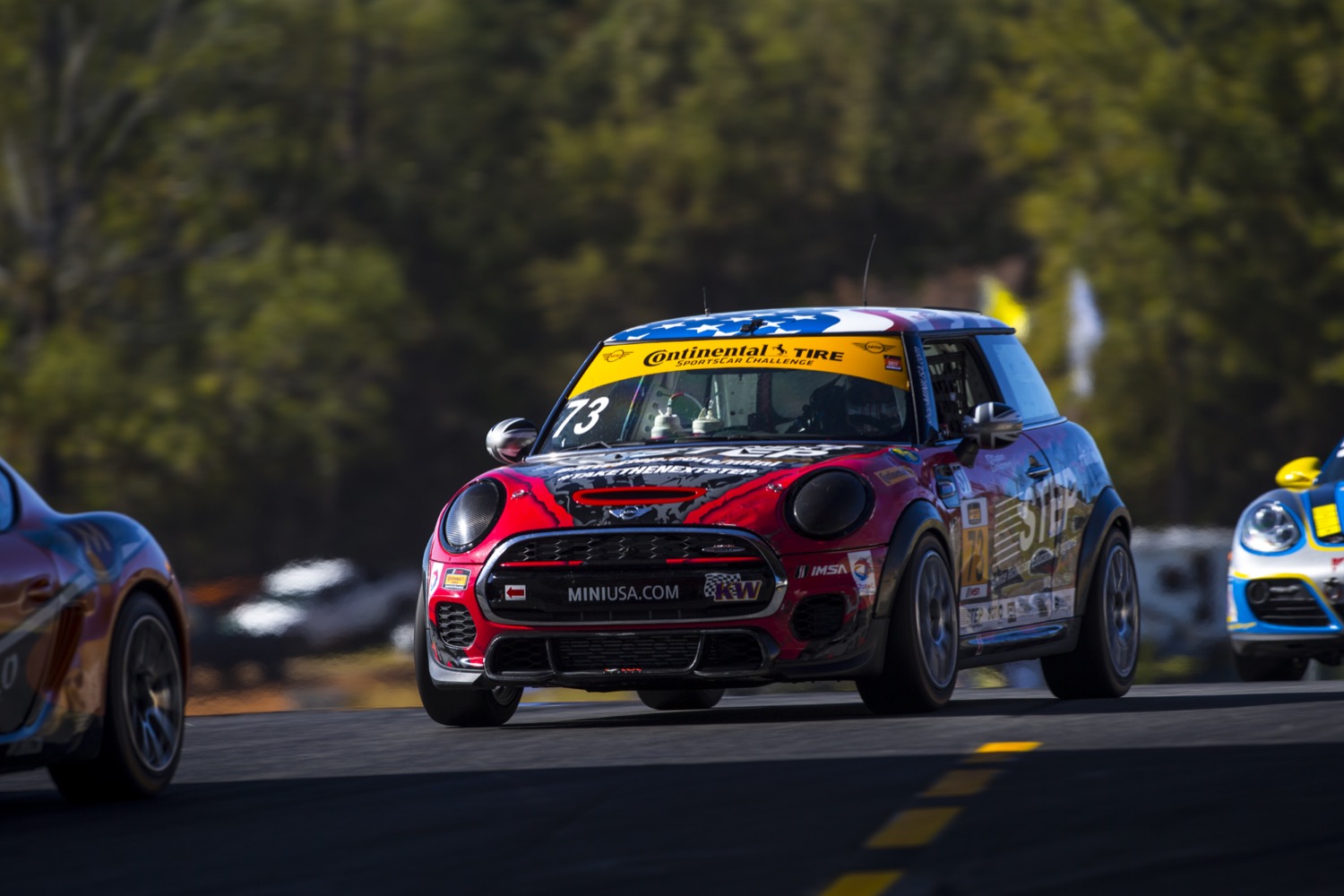 The MINI JCW Team and MINI USA completed their second full season competing in the Street Tuner class of the Continental Tire SportsCar Challenge series with a hard fought final race of the season on Friday at Road Atlanta. The team qualified P9, P10 and P11 after an early morning qualifying session on Friday.

The #73 MINI JCW driven by Jones and Pombo had a strong day, starting 10th and quickly climbing through the field to put the team in seventh place. With under 10 minutes left in the race a caution came out to pack up the field which gave Pombo a great opportunity to gain position before the checkered flag. As the field prepared to take the final restart, the third, fourth and fifth place cars collided. Pombo maneuvered through the wreckage to emerge in 3rd place.

With several dozen MINI owners on hand standing side-by-side with MINI USA executives and the entire MINI JCW Team in victory lane, Atlanta native and local favorite Mat Pombo and co-driver of the #73 MINI JCW Derek Jones were ready to take their well-deserved podium earning them 4th place in the championship standings and putting the team in third place in the Manufacturer’s standings.

Moments before the final podium announcement and the popping of the champagne, the MINI JCW team was notified by IMSA Race Control that the finishing order was being reset because positions gained while avoiding the late race crash approaching the restart was technically still yellow. Although questionable, this relegated the team back to a fourth place finish in the race. As a result, the team’s hard fought season came to an end with Jones and Pombo finishing fourth place in the series championship and the team finishing fourth place in the Manufacturer’s points. 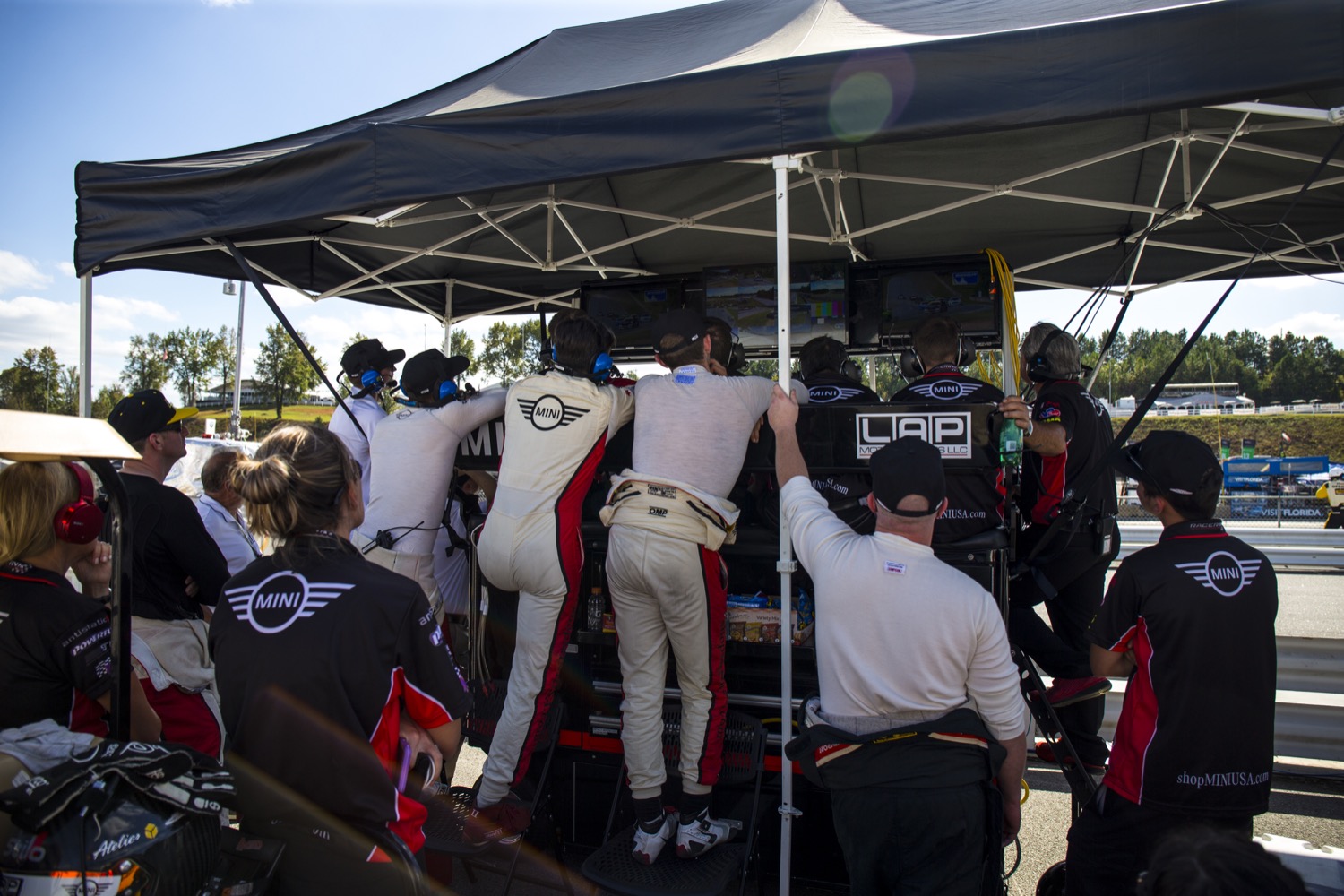 “I could not be more proud of the entire team for what they endured and what they accomplished this season,” said Luis Perocarpi, team owner, LAP Motorsports. “We stepped up and showed the competition we are a championship contender and we have high expectations again for next year.”

After starting 9th, the #37 MINI JCW was sent to the paddock after rocks and track debris in the esses in the bottom of turns 4 and 5 punctured several holes in the radiator and cracked the windshield of the race car driven by Mike LaMarra . The punctures to the radiator caused the engine temperatures to spike and forced the #37 to the paddock, ending the day for LaMarra and co-driver James Vance. The unfortunate incident was no surprise to the team, as this was the second radiator to be replaced in 24 hours and the sixth windshield from rocks and debris on the track.

The #52 MINI JCW driven by Jay Salinsky also had a shorter day than expected when he spun the race car into the tire wall in turn 1, ending the day for Salinsky and co-driver Mark Pombo . The #52 car had started 11th.

The 2017 season was certainly an exciting one for the team lead by LAP Motorsports Team Owner Luis Perocarpi and Lead Engineer Rob Ridgely. The team started the season with the #73 MINI JCW driven by Jones and Pombo winning the season opener at the famed Daytona International Speedway in January. Later in the season all three MINI JCW Team cars had a 1, 2 and 5 finish at Watkins Glen International , with the #73 MINI JCW bringing home the win and the #52 MINI JCW sharing the podium in with a second place finish. Not long after dominating Watkins Glen, the team went on to grab a podium finish at Canadian Tire Motorsports Park in Bowmanville, Ontario, when LaMarra and Vance piloted the #37 MINI JCW to a third place finish.

“Rob and I are just happy that we’ve been able to represent the underdog spirit and racing heritage of the MINI brand in this very competitive series,” Perocarpi added. “We met so many MINI owners at the track this year who had just watched a MINI race for the first time and they were ecstatic to see MINI racing. That’s what it’s all about.” 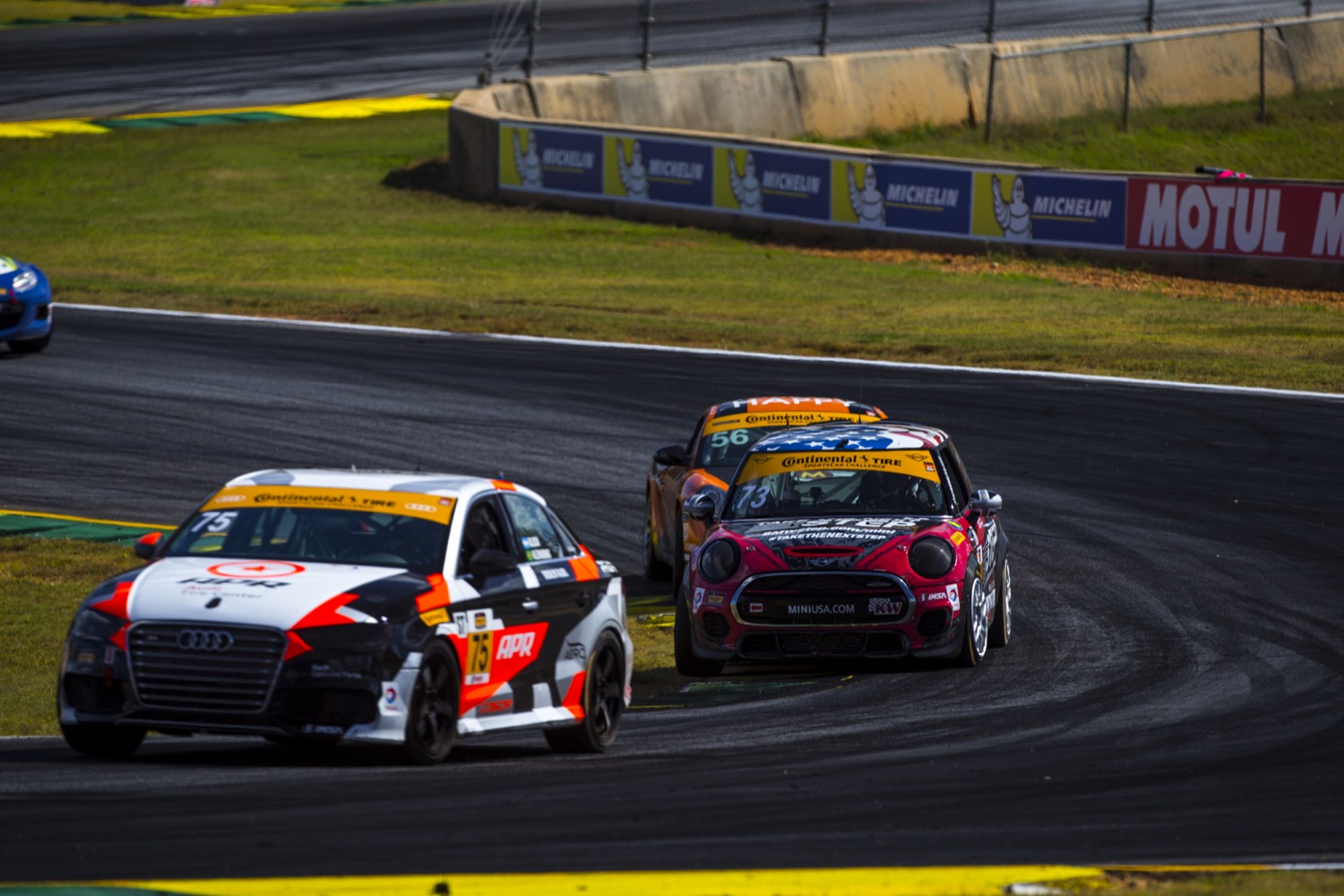 Throughout the entire season, technicians from MINI dealerships all over the country help support the team as part of the MINI Service Technicians Education Training Program. Over the weekend at Road Atlanta the team was supported by four technicians from Atlanta area dealers, includingMall of Georgia MINI and Global Imports MINI.

No different from other race weekends, the technicians sprang into action alongside the LAP Motorsports crew replacing a transmission, radiators and several windshields.

About MINI in the US
MINI is an independent brand of the BMW Group. In the United States, MINI USA operates as a business unit of BMW of North America, LLC, located in Woodcliff Lake, New Jersey and includes the marketing and sales organizations for the MINI brand. The MINI USA sales organization is represented in the U.S. through a network of 127 MINI passenger car dealers in 39 states. MINI USA began selling vehicles in the U.S. in 2002 with the introduction of the MINI Cooper and MINI Cooper S Hardtops. Since then, the MINI Brand in the U.S. has grown to encompass a model range of four unique vehicles.