The driving team of Derek Jones and Mat Pombo, in the No 73 MINI JCW, finished in 4th place in the Mobil 1 SportsCar Grand Prix at Canadian Tire Motorsports Park, earning the team its first top 5 finish of the Continental Tire SportsCar Championship season.

Both drivers saw lap times in the low 1:33s all weekend, with the newly allowed engine boost giving the MINI JCW team a chance to showcase their hard work during the season. “This crew has just worked so hard on these cars, and its great to finally show what the MINIs can do on track,” said Mat Pombo. 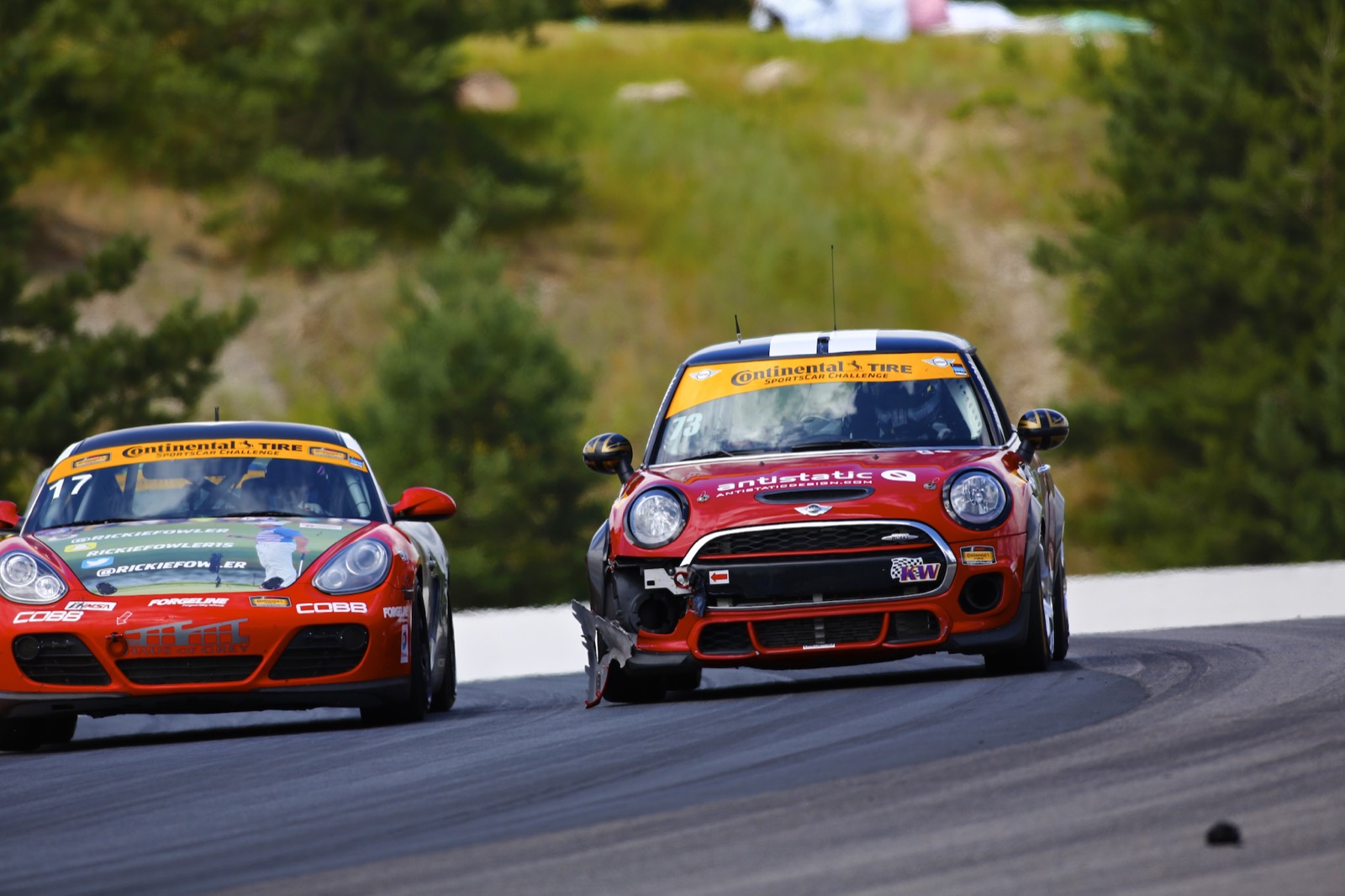 Derek Jones qualified the No 73 MINI in P5 with a lap time of 1:33.329. He and Pombo kept the car in the top 10 during the entire race, running fast laps of 1:33.991 and 1:33.706, respectively. Pombo brought the MINI to the checkered flag in 4th position, running tight to the leaders in a very competitive ST class.

Round five of the CTSC season also saw the No 37 MINI run as high as P2 with James Vance behind the wheel. Vance joined Ethan Low to pilot the No 37, switching from the No 52 car he’d shared with Ramin Abdolvahabi for the first four races of 2016. Vance also changed his driving sequence, qualifying and starting the race, instead of taking the closing stint, as he had done in previous races.

Vance qualified the No 37 MINI in 7th position, with a lap time of 1:33.449. He took the car as high as P2 in his stint, with a fast lap of 1:33.854. “After running up front at Watkins Glen, it was an honor to take the MINI back to the top of the field at Mosport,” said Vance. “The car was really quick, and we were able to be very competitive in a really tough class.” 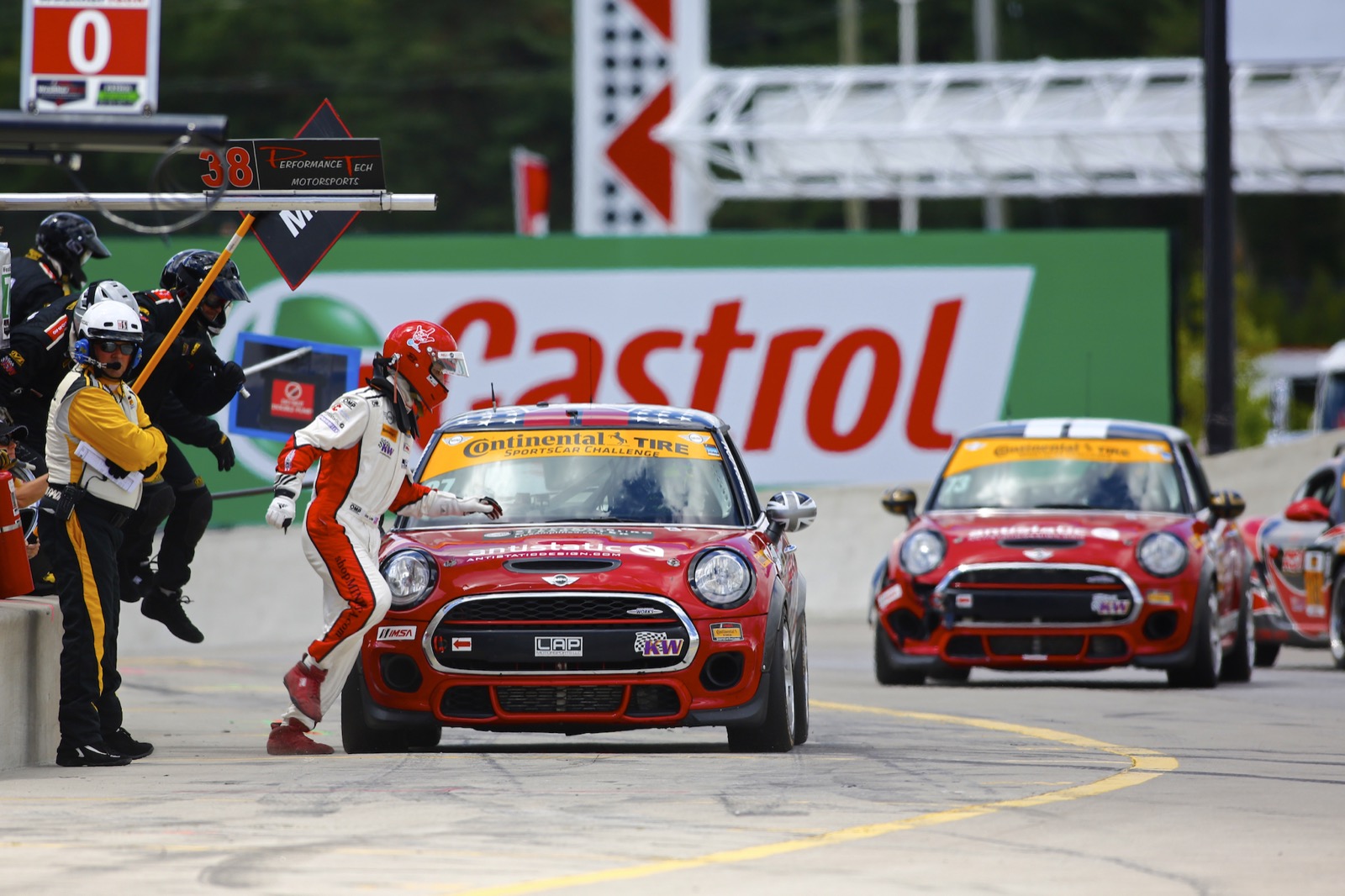 Vance turned the car over to Low in P2, but unfortunately, contact with the tire wall during his stint caused Low to quickly drop positions, finishing in P20. Low ran a fast lap of 1:33.707 during the race, and had the car in the top 5 until the incident. Both drivers were also running laps times in the low 1:33s all weekend.

Nate Norenberg joined Abdolvahabi in the No 52 MINI, with the drivers both seeing steady lap times in the 1:35s. Abdolvahabi qualified the car in P27, with a lap time of 1:35.68. Norenberg finished the race in P24.

The LAP Motorsports/MINI JCW team returns to action this weekend, July  21-23, at Lime Rock Park. Driver pairings for all 3 cars will remain the same. Practice and qualifying take place on Friday, July 22, with the green flag to drop on Saturday, July 23, at 10amEST for the 2 hour, 30 minute race. Broadcast details and corral information will be posted on the team’s social media pages.