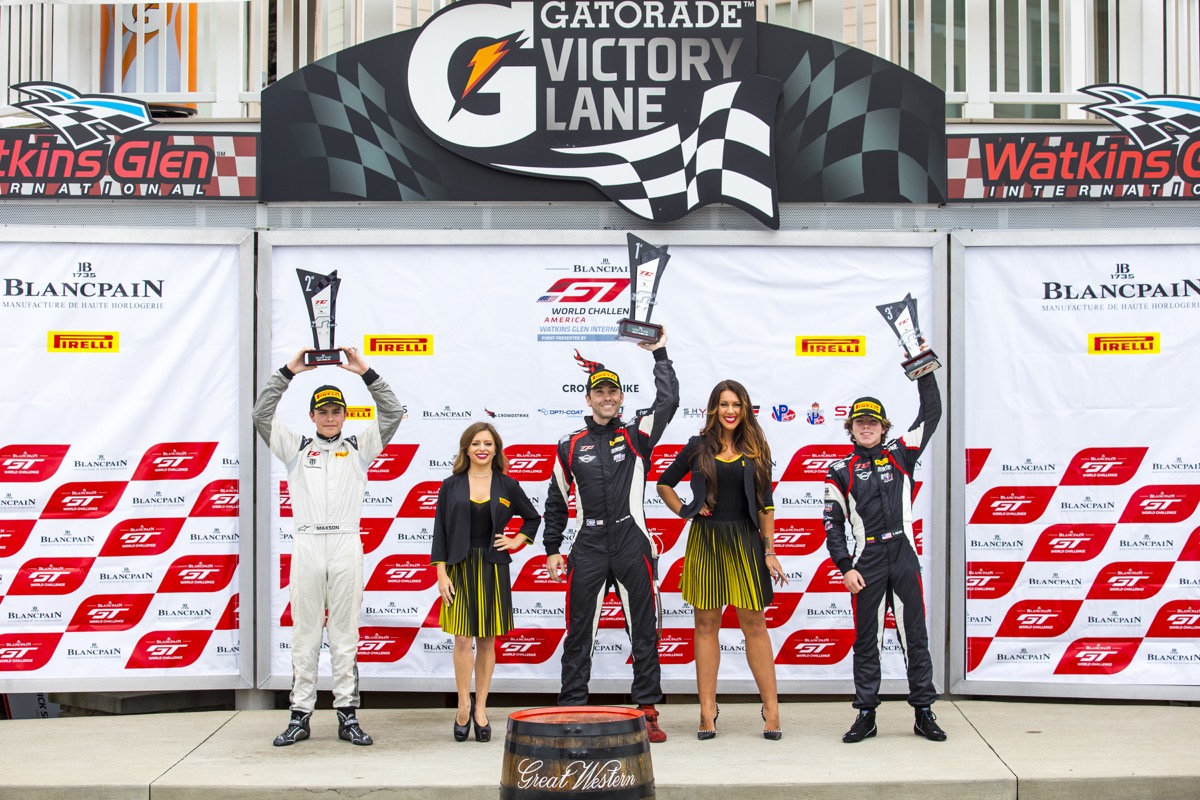 Two races, two wins for Mark Pombo and the MINI JCW Team at Watkins Glen. Pombo had a dominating weekend in which he lead the majority of both races. He picked up right where he left off at Portland, earning a third consecutive win for the team.

Pombo in the #59 STEP MINI JCW lead a 1-2-3 train of MINIs through the early portion of race two with Nate Norenberg in second and team newcomer Tomas Mejia in third.

Mejia made the most of his run in race two behind the wheel of the #62 Pledge to Humanity MINI JCW. He spent the better part of the of the event in a fierce battle with series points leader Tyler Maxson fighting for a podium finish. He came away with a third place, putting a nice cap on his debut weekend for the team.

Norenberg had a strong run this weekend too, running as high as second place in both races. He had his own fierce battle with Maxson during race one on his way to a fourth place finish. 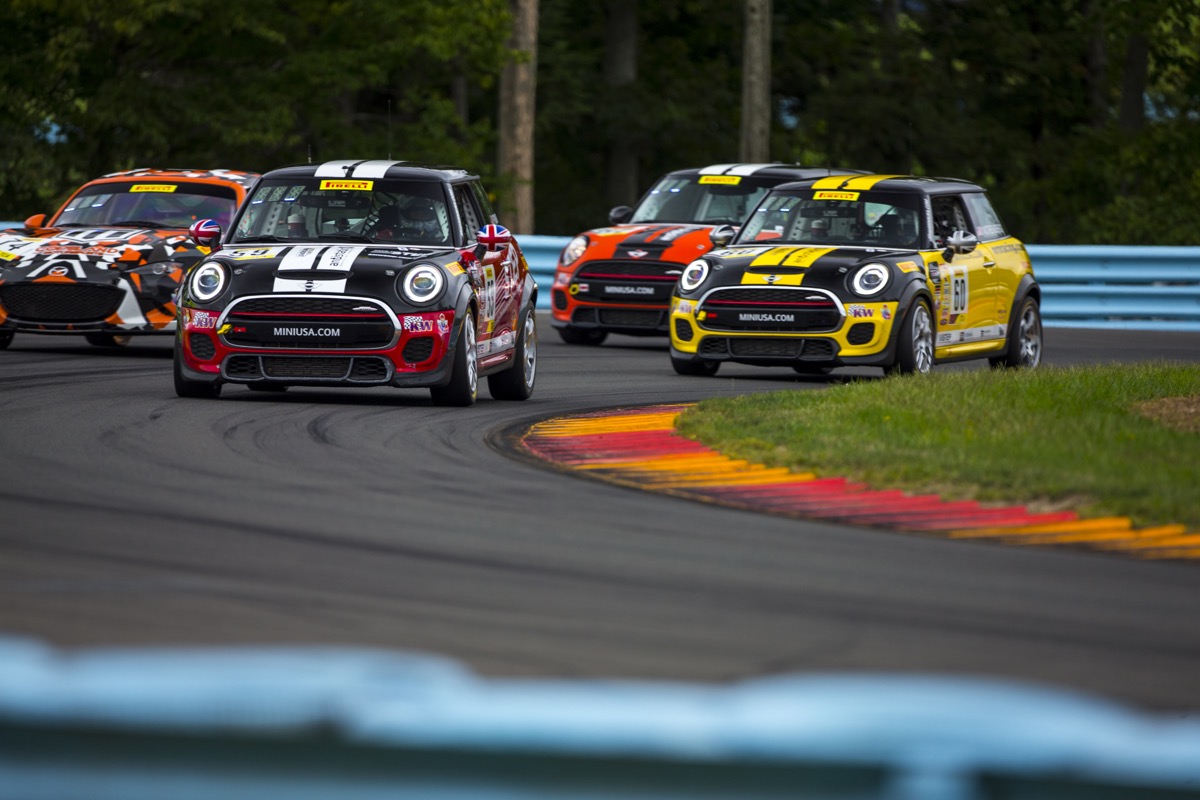 Race two started out well for Norenberg as well. He spent a large portion of it at the bumper of the leader Pombo. He was set up for a podium finish but unfortunately had a tire failure late in the race and finished in tenth.

Team owner Luis Perocarpi got in on the action as well this weekend. Stepping behind the wheel of the #61 STEP and MINIDealerCareers.com MINI JCW. He rose through the ranks in both events on his way to eight and sixth place finishes in race one and two respectively.

Pombo's three straight victories has him back in thick of the title hunt. With two more tracks and four more races to go it’s going to be an exciting end to the season.