The LAP Motorsports MINI John Cooper Works Team tackled the famed corkscrew of Mazda Raceway Laguna Seca for the Continental Tire Monterey Grand Prix powered by Mazda during the weekend of April 28-May 1.

The 11 turn, 2.238 mile road course near Salinas, CA, provided a change in scenery from their previous race at Sebring Raceway, but also created some new challenges for the MINI JCW team.  The brake system has been a gremlin for the team this season, even with changes made after Sebring, according to team owner Luis Periocarpi. “In light of the braking performance issues at Sebring, IMSA has approved the team's switch from the Cooper S model's brake caliper back to the original John Cooper Works (JCW) brake calipers for better stopping power.” 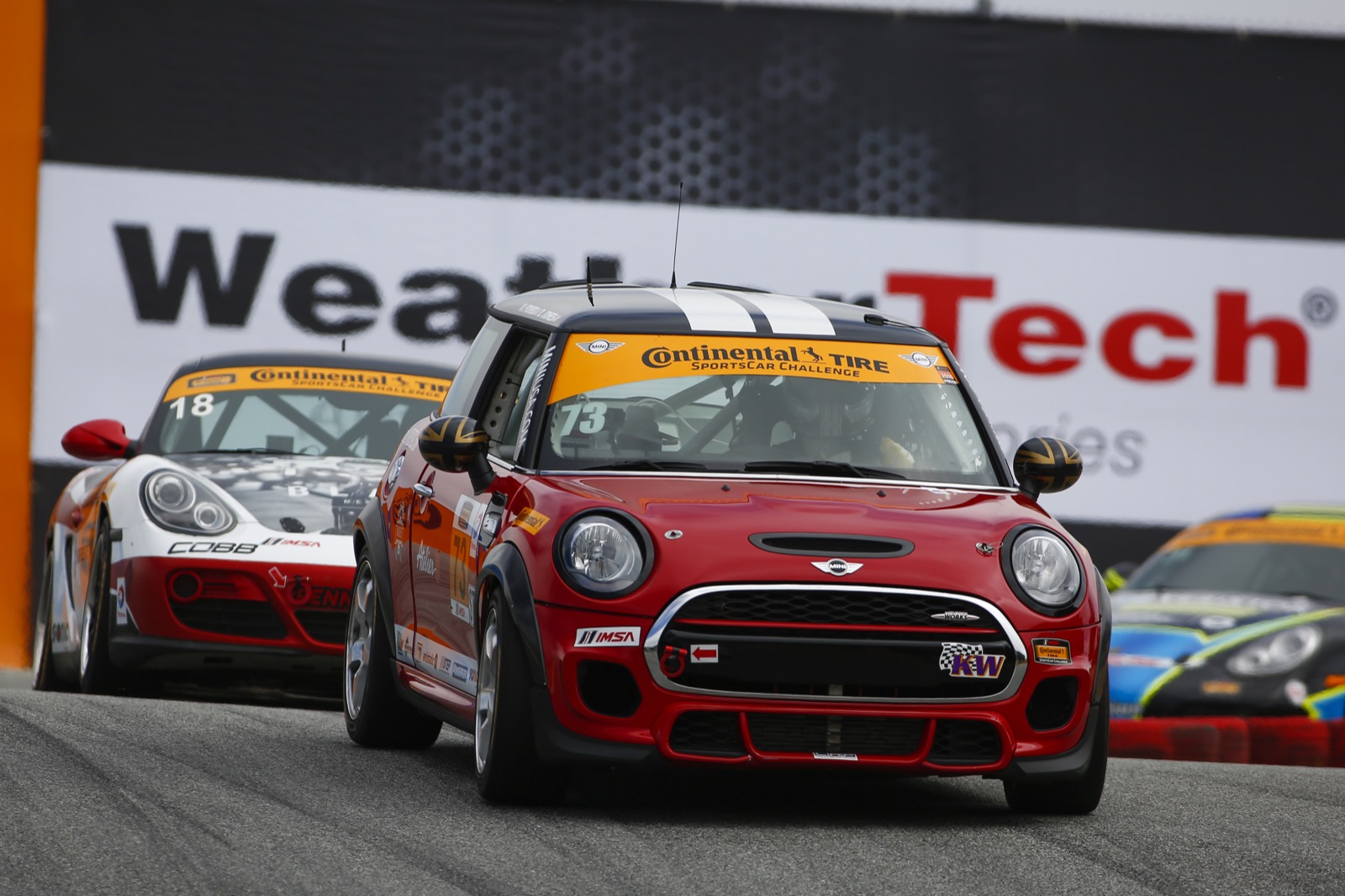 “After long break between round 2 at Sebring and round 3 at Laguna Seca it was great to get on track,” said Mark Pombo, driver of the No 37 MINI. “The MINI JCW team spent a lot of time in between races designing parts and getting things approved for upgrade.”

In the first free practice of the weekend, all 3 MINI cars were running lap times near 1:45, but the cars were limited in ability to run for the entire practice session due to mechanical issues. By the second practice, Ethan Low and Mark Pombo had knocked three seconds off the fastest lap time of the no 37 (1:42.9), although again limited to just 3 laps in the session. The No 52 MINI, piloted by James Vance and Ramin Abdolvahabi, ran the entire session with a best lap time of 1:43.3, also improving as the day continued.

Low and Pombo kept the MINI 37 in the top 10 through a majority of the race, but mechanical issues forced the car to pit and then go behind the wall for repairs.  The MINI 73 finished in the top 15, with a 14th place result. 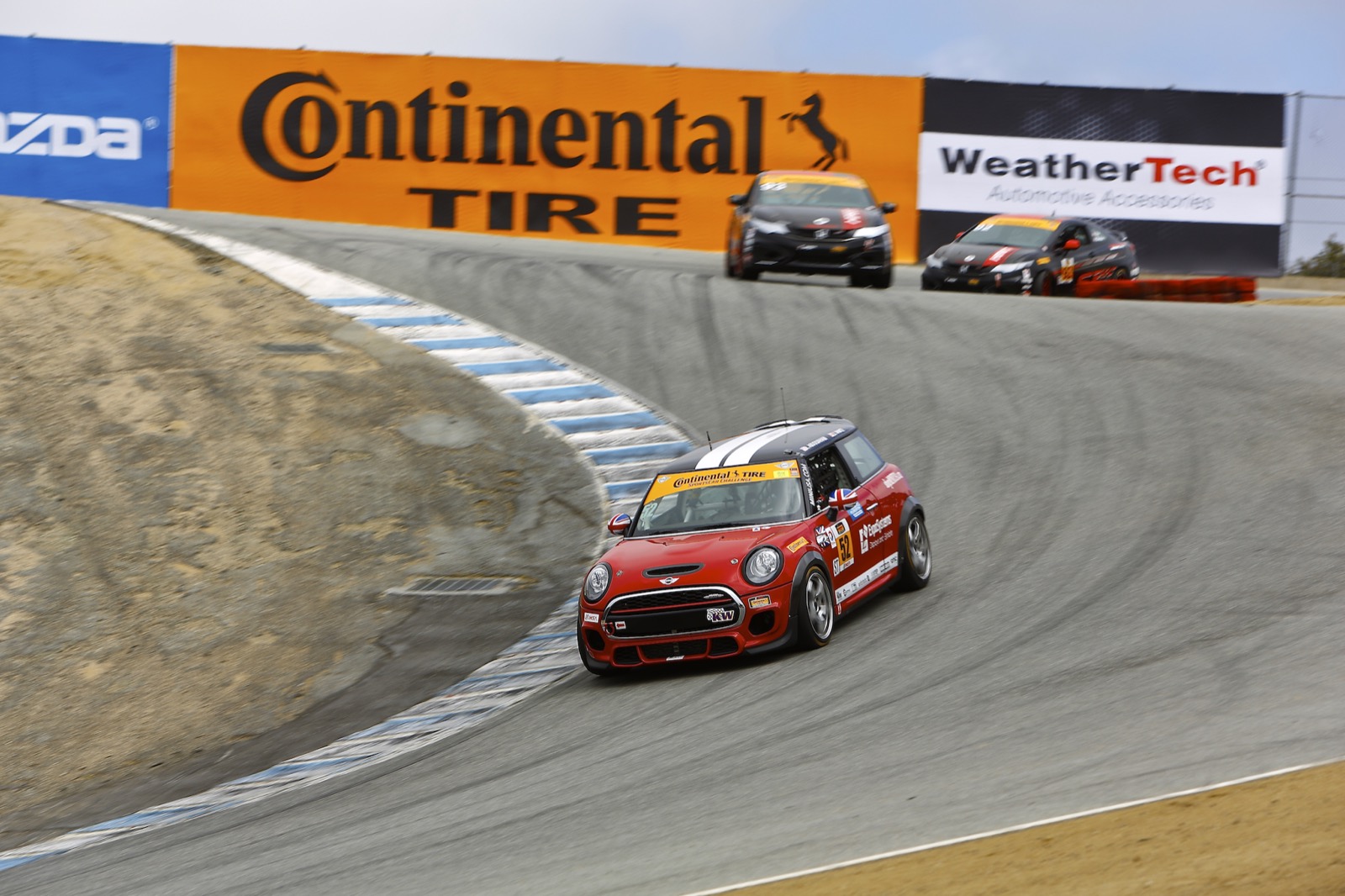 “Our car was strong under braking and handled well in the high speed sections,” said Derek Jones.

Racing is often characterized by a constant stream of challenges, so the team continues the season with a positive outlook.

“Ultimately, the race weekend turned into a test weekend for new parts and provided insight into some improvements for round 4 at Watkins Glen,” said Pombo.

“While not the result we wanted, the team is making improvements every race,” Jones added. “We are just working on the final bits and we should be to the front of the field in no time. Our MINI team is the most dedicated and strong willed folks in the paddock, so it is just a matter of time. Special thanks to Atelier, VOIEF and all of our sponsors." 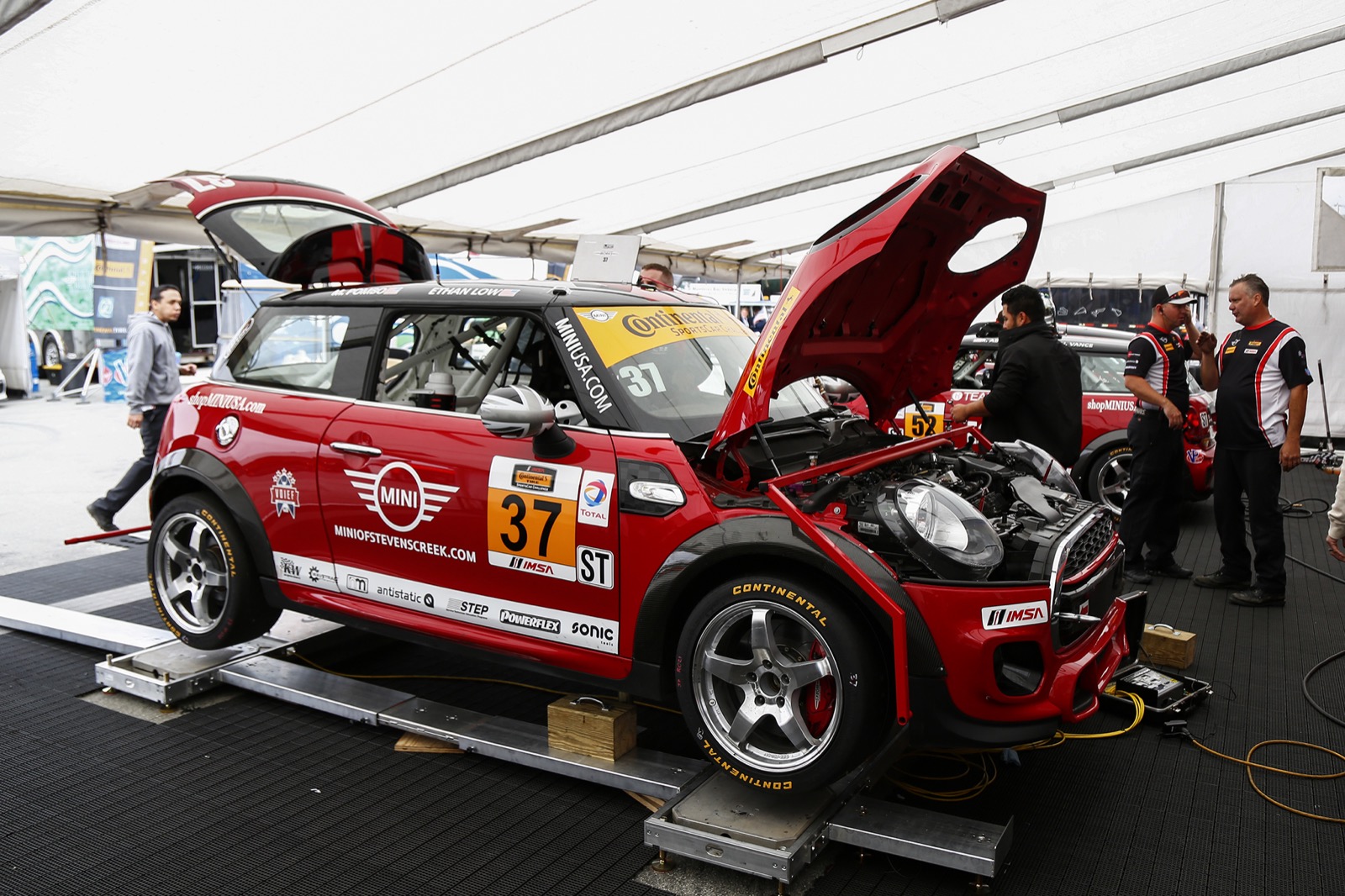 For each race of the season, the MINI JCW pit crews include personnel from local MINI dealers; technicians from all over the West Coast joined the LAP Motorsports crew at Mazda Raceway Laguna Seca.

A huge thank you goes out to Northwest MINI (Tacoma, WA), MINI of Marin (Corte Madera, CA), MINI of Monrovia (Monrovia, CA), MINI of Valencia (Valencia, CA) and MINI of Portland (Portland, OR) for sending technicians to assist the team during race week in the paddock and pits.

The LAP Motorsports MINI JCW team was also joined by MINI owners and fans from the West Coast, as well as other areas of the country, at a “meet and greet” session and luncheon with the drivers and crew.

“It was great to meet the all the west coast MINI owners who came out as well as spread the good word about VOIEF and its veteran outreach initiatives,” said Mark Pombo. 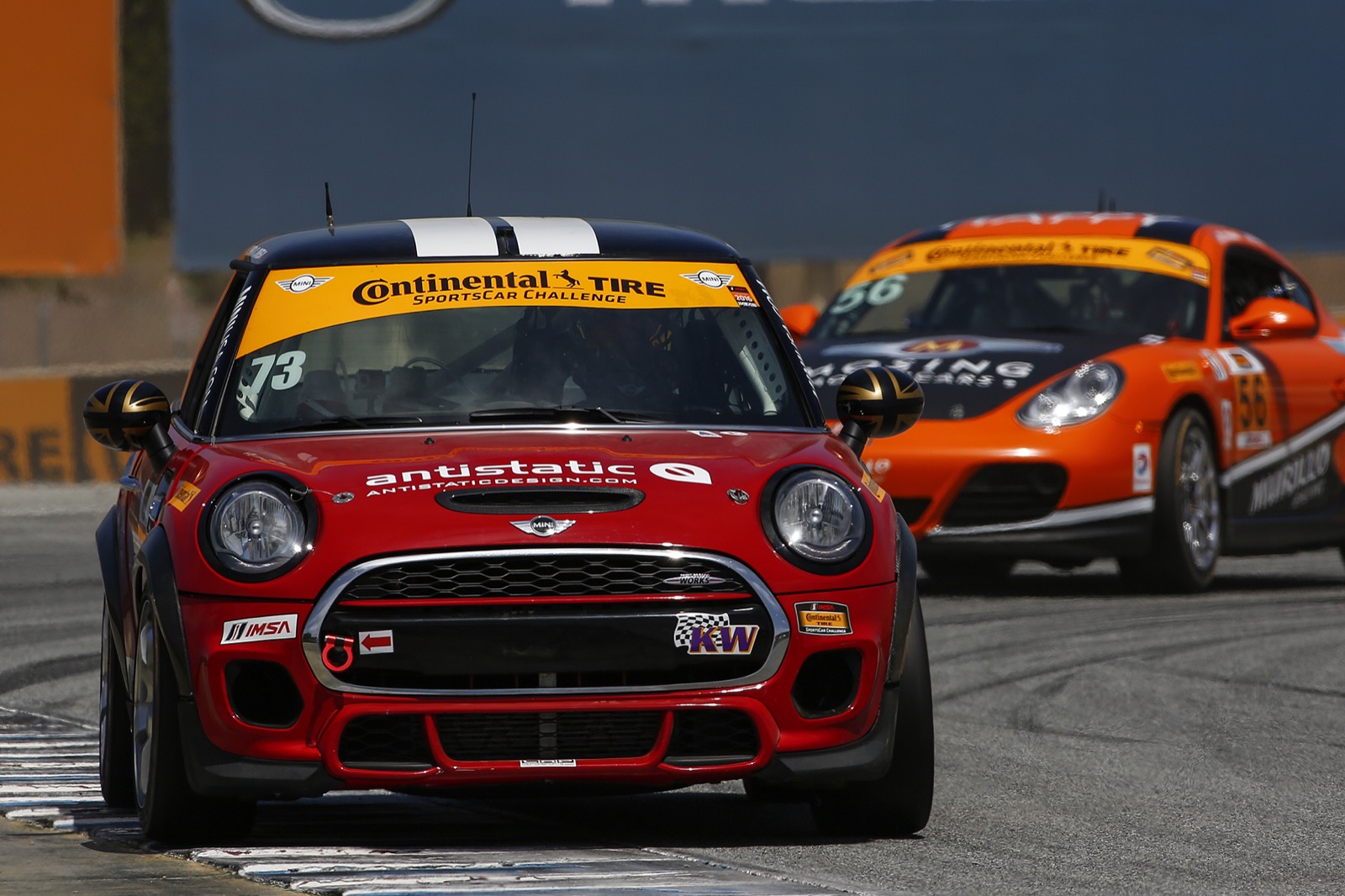 Added James Vance, “We love having the MINI fans visit the paddock during race weekend. They always provide such great support to the team.”

On the way back to its home base, the MINI JCW Teams transporter stopped at MINI of Stevens Creek, in Santa Clara, California. The Stevens Creek dealership hosted a BBQ event with opportunities for guests at the dealers to take photos with the MINI sponsored by the dealership for the race.

The MINI JCW team will next head to Watkins Glen, NY, for the Six Hours of the Glen  June 30 – July 3, 2016, with a special event planned for guests at the race. Watch for more information on the race schedule, broadcast, and MINI events on the team’s social media pages: Facebook and Twitter.

“4th of July weekend at Watkins Glen is going to be a very special weekend for the team. The team and VOIEF are bringing out veterans as special guests of the team. As an Iraq veteran myself this hits close to home,” said Mark Pombo.